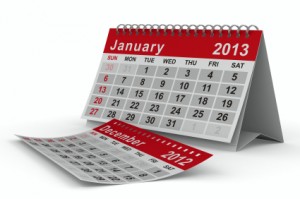 Around 250 law firms have yet to even start the process of nominating their compliance officers and face having their authorisation removed in the New Year, the Solicitors Regulation Authority (SRA) announced yesterday.

More than 8,000 firms have had their nominations for the key roles of compliance officers for legal practice and for finance and administration (COLPs and COFAs) approved, with less than two weeks to go before they take up their roles.

However, the SRA admitted that it is still likely that several hundred firms will not have individuals in place by the 31 December deadline for approving nominations. In some cases this will be because firms submitted their nominations after the deadline, or further investigation has been required, it said.

In addition to those which have failed to start the process, the SRA said there are “a sizeable number of firms” who have nominated individuals who will not be approved due to disciplinary and other significant issues.

Executive director Samantha Barrass, who has overall responsibility for the approvals process, said: “We have a large team of staff working through the nominations as it is crucial that we have as many COLPs and COFAs in place on 1 January as possible. I’m pleased to report, therefore, that we are likely to have more individuals able to take up their roles on that date than we thought a few weeks ago.

“If any firm submitted their nominations accurately and on time, but either the firm or their nominees have not heard from us requesting further investigation in support of the nomination, they can expect to receive their approval by 31 December. There is no need to take further action.

“There are also some firms which came very late to the process for a variety of reasons, or have delayed in providing us with further information where requested. These firms know who they are and, so long as they and/or their nominees provide us with all the information we have told them we need, we anticipate being able to make a decision early in the New Year.

“It is disappointing, however, that while the vast majority of firms have met their regulatory requirements and completed the process, as required, there is still a number who have not. These firms have no foreseeable prospect of COLPs and COFAs in place, either on, or shortly after 1 January, and will be in breach of their licence conditions or practising regulations on that date. Where firms have not co-operated with us, we will take action to revoke their authorisation.”