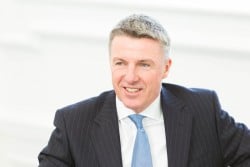 Hugh James, the biggest firm in Wales, is extending its law firm network into the north of the country, it has emerged.

A former Connect2Law hub firm, Hugh James launched Legal Network Wales this time last year. Although it has grown to over 120 member firms, until now none of them have been in North Wales – an area covered directly by Pannone.

Matthew Tossell, the partner at Hugh James responsible for the network, said he wanted to “correct the situation” where high-value work left North Wales and headed east to England because small firms could not handle it.

“There are numerous very good firms operating in North Wales, and some big ticket work which the firms cannot cover because they lack the full range of services.”

Mr Tossell said that two small firms in the north had already joined Legal Network Wales, but he was hoping to recruit two larger firms, where the network could “fill in the necessary services”.

He went on: “There is also a cohort of wealthy individuals in the north who may have needs which cannot be serviced by their traditional solicitor. We have been picking up work primarily from farmers, who have a need for trust and investment advice which some of the smaller firms cannot deal with adequately.

“It’s not cost-effective for them to provide this kind of specialist, technical work and the network gives them the means to retain the client. It removes the risks and the worries.”

Legal Network Wales operates a fee-sharing arrangement for referrals, backed by a non-poaching agreement. Benefits include a combined buying group, with access to a “dedicated Welsh broker” for indemnity insurance. Members can attend CPD seminars and get reduced rates on practice management advice from Welsh consultancy CPM21.

Mr Tossell said the network aimed to “bridge the gap” between North and South Wales, overcoming the challenges of geography and poor transport links.

He said the Welsh language, spoken most widely in North Wales, was “not an issue” for Hugh James, where a quarter of the firm’s 44 partners are Welsh speakers. “We can conduct any legal work comfortably and easily in Welsh,” he said. “We work with the Welsh government, where it is often required.

He added: “We are trying to consolidate our network and the brand. We want to be a truly Welsh firm, encompassing the whole of Wales”.