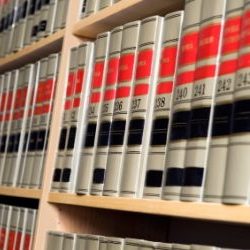 Legal research: US firms use ALSPs more than UK firms

The alternative legal services provider (ALSP) market has expanded rapidly in recent years, with those operated by law firms the smallest but fastest-growing part, a report has found.

The study found that UK firms used ALSPs less than their US counterparts for most tasks, such as legal research and e-disclosure.

Researchers from Thomson Reuters spoke to 586 decision makers last summer at law firms in the US, UK, Canada, and Australia, and at in-house legal departments in every country apart from Australia, and 26 leaders of ALSPs, as part of a biennial study.

Researchers described this as “a big win for firms that have adopted this strategy, often to the surprise of resistant partners”.

“Technology is at the core of many of the independent ALSPs’ business models. In addition to leveraging their technology solutions, law firms and corporations are increasingly turning to the independents as consultants on legal technology, accessing their expertise and experience.

“In general, this round of research shows an increasing sense of collaboration, rather than competition between law firms and independent ALSPs.

“In prior years, corporations would be the ones mandating the use of an ALSP. Now law firms may be the ones bringing that idea forward.”

The pace of growth was slower in the legal services departments of the Big Four accountants.

“The Big Four continue to be hampered by regulation in some markets and appear to be shifting their focus to a more ‘client issues-led’ and ‘consulting-based’ approach – two areas the Big Four are highly adept in.

“Their collective growth rate appears to trail the independents and the captives by some margin. However, they remain focused on significant growth and international expansion and, with their unmatchable resources and know-how, are serious competitors.”

The study found big differences in the way US and UK law firms used ALSPs, with much smaller proportions of UK firms using them for most tasks.

A quarter of UK firms used them for legal research and only 27% for e-disclosure services, compared to 51% and 49% in the US.

However, UK firms were more likely to use ALSPs for intellectual property management and particularly legal drafting – a fifth of UK firms did this compared to 9% of US firms.

The research found that ALSPs were not “immune to the pandemic”, with reduced demand for some, “amplified by law firm and corporate customers hanging on to work” they would previously given to ALSPs.

However, it went on: “As activity resumes at more normal levels, the pandemic has, in many ways, validated the ALSP approach.

“The acceptance of new ways of working, thanks to the shift to remote, technology-enabled, and more flexible working styles, leaves ALSPs perfectly positioned for growth through 2021 and beyond.”