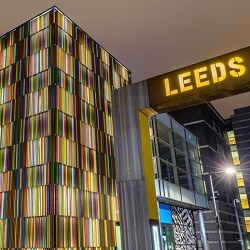 Staff numbers at personal injury law firm Bond Turner grew by 65% last year but the listed company that owns it has put the firm’s expansion to Leeds on hold during the coronavirus crisis.

In a statement of the market, Anexo Group – which combines legal services with credit hire – said it has a strong balance sheet, conservative gearing and “sufficient financial headroom” to ride the waves of the coronavirus pandemic.

It was due to publish its 2019 results later this month, but like many other companies has delayed them given the volatility of the market. But it said profit before tax would be in line with market expectations.

Anexo introduced a strategy of increasing case settlements relative to new cases and so increase cash collections, the statement said.

“[As a result] the credit hire operation has been net cash generative for the first two months of FY-2020. This milestone has been achieved as a direct consequence of the board’s strategy in FY-2019 to focus on investment in the legal services division and to hold back growth in credit hire numbers to support the transition to cash generation.”

Bond Turner is headquartered in Liverpool and expanded into an office in Bolton in December 2018. It was planning to open another office in Leeds in early 2020 but this has been put on ice because of the coronavirus.

The group said the impact of Covid-19 was uncertain. “While there will inevitably be fewer vehicles on the road whilst government restrictions remain in place, key workers (who form a significant proportion of the group’s customers) and other road users will continue to require the services of the group.

“The group’s policy of driving cash generation remains a key focus and the progression of its significant caseload portfolio by litigators within Bond Turner is being fully maintained following the successful transition to remote working.”

Anexo said it has “headroom” within its funding facilities, which include a revolving credit facility of £8m with HSBC and an invoice discounting facility of £18.5m with Secure Trust Bank.

Payment of any final dividend, and bonuses to senior executive directors, have been delayed until later in the year.

The statement concluded: “The board remains confident that the group is in a strong financial position and is well placed to weather the current worldwide uncertainty and to take advantage of further opportunities in a more stable future environment.”

Last year, Anexo said it was looking to expand beyond road traffic accidents and the North-West.

Meanwhile, a trading update from ULS Technology plc – which provides online conveyancing services and also owns compliance consultancy Legal Eye – said it expected to announce underlying pre-tax profits for the year ended 31 March 2020 in the region of £4.7m, and to have generated “significant levels of operating cashflow”.

But the government advice to avoid moving house if at all possible during the lockdown meant “the number of conveyancing transactions being completed are beginning to reduce substantially”.

The update continued: “Despite the short-term challenges and their impact on profitability, the board believes that the company continues to be well positioned with a robust balance sheet and significant cash balances.”

It said ULS was continuing to invest in the development of DigitalMove, a new flagship product “which enables conveyancing to be completed in a secure and paperless environment whilst significantly reducing processing time”.

Whilst the board said the company was in a strong financial position, it was still taking “a prudent approach to future planning”, including negotiating a six-month deferral of term loan repayments worth £500,000 and suspending dividend payments.