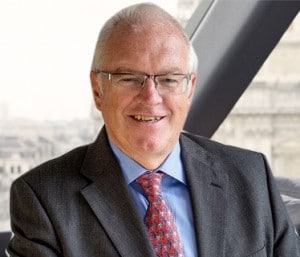 Des Hudson, former chief executive of the Law Society, has left his post as chair of conveyancing portal Veyo, it has been announced.

His replacement, Ian Gray, who will take over as chair on Monday, is director of the US-based Turnaround Management Association and the European Association of Certified Turnaround Professionals.

Mr Gray is also chairman of Avicenna plc, which describes itself as the UK’s largest independent pharmacy support group and has 1,000 members. He is chairman of a TV production company and non-executive director of a regional media group, as well as working at Baronsmead Consulting.

The Law Society has invested over £5m in Legal Practice Technologies (LPT), the joint venture between the society and global technology giant Mastek, set up to develop and deliver Veyo.

In a statement today, the board of LPT said: “Ian has a wealth of non-executive experience in sectors including working with membership organisations, taking new software developments to market and advising start-up organisations. Des Hudson has left LPT and we wish him well for the future.”

Veyo was officially launched by Mr Hudson at the end of May, almost two months after the initial launch date of 31 March.

Mr Hudson said that around 80 firms would work with Veyo in the first phase, and by the end of June, the much larger group of 1,800 firms that expressed an interest in the portal would be invited to join them. It is not known how many of these firms are currently involved.

In the statement, the board of LPT said Veyo was “being tested by a number of firms which are assisting with its continued development” and the portal would feature at the Law Society’s National Property Law Conference on 9 October.

The statement said LPT had appointed a new finance director, David Parry, described as “an experienced chief financial officer with a background in entrepreneurial and technology-based businesses, including business-to-business software development organisations and start-ups”.

Meanwhile there have been a raft of other changes in the senior management of Veyo. Stefanie van den Haak, Veyo’s commercial director, left the business this month.

A spokeswoman for Veyo said: “Stefanie was employed at Veyo as commercial director from January 2015 to August 2015. In this role Stefanie was responsible for establishing the sales team; managing the sales budget; creating and executing sales strategy. We wish her well for the future.”

The spokeswoman said Richard Garland, head of business development, “left Veyo in July to pursue another role at a different organisation”, while Paul Humphrey’s contract as programme director expired in June.

She said his contract “concluded as planned and as we entered the latest phase of work in the development of Veyo”.

Despite all the changes, she added: “There has not been a change in ownership of Legal Practice Technologies and neither the Law Society nor Mastek have sold any stake in the business.”