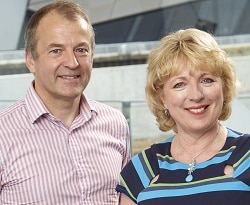 Hudgell Solicitors – the personal injury (PI) firm that publicised its willingness to buy firms, departments and files through the website webuyanyfiles.com – has another three transactions in the wings, which will take it to 35 deals since the Jackson reforms were implemented in 2013.

Managing director Neil Hudgell revealed the firm’s continued growth as he announced the a restructuring led by the promotion of well-known solicitor Amanda Stevens from head of legal practice to the new role of chief executive.

The Hull-headquartered practice has grown significantly in recent years, including opening in London, and is now in the top 150 law firms in the country.

Mr Hudgell said he wanted to bring the experience of Ms Stevens – a former president of the Association of Personal Injury Lawyers – “to the head of our business so we can stay fleet of foot at the front of change and continue to progress”.

He made it clear that his intention was to continue to grow even as others view the return of the Conservatives’ PI reforms – assuming they win the election – as the final straw.

Outlining his intention to be “a beneficiary and not a victim” of the reform process, Mr Hudgell said the primary challenge was “to do more for less without compromising quality”.

That included continued growth through acquisition. “We sit on a fund to use if the right opportunity comes along,” said Mr Hudgell. “We have three active lines of discussion ongoing at the moment which I’m hoping fall over the line before the summer is out.

“Unless the price is right though we won’t do business, we will continue to develop our own referral arrangements and direct marketing initiatives.”

Ms Stevens said she saw continued convulsion in the claims industry over the coming 18 months in the event of the reforms going ahead.

“The market is already showing signs of turbulence with a number of practices seeking to exit and lawyers seeking to move or skill up in different areas, so there is likely to be further consolidation and, as with any time of change, there could be one or two new entrants on a different business model which could cause a further shake up.

“I hope any new entrants will bring a stimulus to the market, as they advertise the relevance of professional assistance with claims, rather than disrepute, after a short while, as has happened in earlier periods of reform of our sector.”

Mr Hudgell said he was not convinced there would be new entrants “in any significant numbers”.

He said: “There will be leavers. Firms will jump into areas of work they don’t currently do in the same way they jumped into industrial disease, clinical negligence, and, more recently holiday sickness work. Recent press statements already suggests the writing is on the wall for that latter category.”

Ms Stevens said the firm’s new strategy looked to protect it from the possibility that government reforms could make low-value PI claims uneconomic. If the legal process were to become “more of an inhuman conveyor belt”, then Hudgell could in fact become a “victim” of the reforms, “because that is not a business model we would choose to adopt”.

“Our goal is to use the experience we have gained from previous reforms, and many years of extremely high customer satisfaction ratings, to roll out a product line which is even more attractive to injured people and their families than what has gone before.”