Hub.Legal aims to lead way in support for small firms 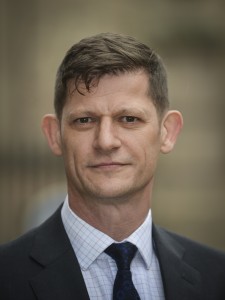 The solicitor in charge of a network of 136 West Midlands firms has said it aims to lead the way in support for small law firms, while remaining outside any national group.

Partner James Knight said he had given up “fee-earning in the classic sense” to build up Hub.Legal.

Like Connect2Law, the network is free to join and funded through referrals, in this case to FBC Manby Bowdler. The firm, based in Wolverhampton, has over 30 partners and around 220 staff.

“Members automatically refer cases to us if they can’t service them,” Mr Knight said. “It is done on the principle that we are ‘the department next door’ for these firms.

“We always respond within two hours of the inquiry, as if we really were next door. We are not looking for future business, but only to service the client in that particular matter, and clients understand that.”

Mr Knight said 70% of Hub Legal’s members were one-to-three-partner practices, while larger firms may also want to rely on departments they lacked, such as IP and media.

“It’s not about referrals, it’s about supporting our member firms,” Mr Knight said. “We work with a firm of accountants in Birmingham who have tapped into the government’s growth accelerator fund, which can help pay for things like Lexcel.”

Mr Knight said he saw every firm in the network at least once a year. “If enough of them want me to do something, I’ll do it. A lot of our CPD training is free, and the feedback is always excellent.”

Other services provided by Hub.Legal are an advice line, where lawyers could get a “second opinion”, discounted office supplies, subsided consultancy and costs drafting.

Mr Knight said the network wanted to expand its services to include complaints and compliance, HR support, financial advice for clients and professional indemnity. “I don’t know any other network that provides firms with support to the extent that we do,” he said.

He said Hub.Legal worked closely with Nelsons, another former Connect2Law hub firm, in the East Midlands.

Mr Knight said he did not want Hub.Legal to become part of a national network, but to concentrate on servicing firms in the West Midlands, including Herefordshire, Shropshire, Staffordshire, Worcestershire, Warwickshire and Birmingham.

Following the completion of its purchase of Pannone earlier this year Slater & Gordon revealed in June that its referral network would be called Linked to Law. Connect2Law will operate as a new business, run by former head David Jabbari, who joined Parabis.