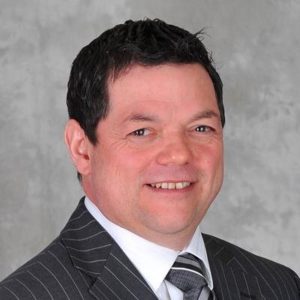 One Legal’s acquisition of Kaim Todner sets the foundation for further deals on the back of “significant investment” it has received to expand, the alternative business structure’s founder has said.

Trevor Howarth, who shot to prominence as the boss of now-defunct Stobart Barristers, also did not resile from his controversial description of criminal legal aid firms as “very wounded animals ready to die”.

One Legal was formed in 2014, initially as part of the Stobart legal offering and then a standalone ABS run by Mr Howarth when he left the logistics company. Last week it stepped in to save the well-known criminal law firm from closure, a deal Mr Howarth told Legal Futures has been done in seven working days.

He praised both the Solicitors Regulation Authority and Legal Aid Agency for ensuring it could happen so quickly. Kaim Todner has a turnover of just under £3m and employs 42 staff. None have lost their jobs and in fact the firm is now advertising for new staff. A new office, Kaim Todner Private Client, has opened close to London’s Regent Street to expand the practice.

On the back of “significant investment” from unnamed individuals, Mr Howarth said he had already been talking to other firms – and had received “several calls” on the back of the Kaim Todner announcement – about further acquisitions.

Though the initial focus is on criminal law firms – which, as a one-time practice manager of such a firm, has been his specialism for many years – he said he was not ruling out buying multi-disciplinary practices as well.

Since 2014, Mr Howarth explained, One Legal’s focus has been on developing its software platform, Tablet Lawyer, which for criminal lawyers “enables fee-earners to operate electronically from the police station onwards”.

One Legal has also “perfected” the back-office support that it now offers law firms of all sizes, from answering the phone to processing legal aid applications and preparing cases. It employs 18 people in Chorley, but the back-office staff at Kaim Todner will now also be part of the team and new acquisitions could simply be “dropped” into Kaim Todner.

In what is a “very difficult market, firms have got to be lean to survive but still provide a quality service”. The One Legal offering, he argued, enabled them to do that and that, along with clearing debt and management expertise, was what Kaim Todner would now benefit from.

Mr Howarth said the prospect of having Karen Todner – now One Legal’s national head of crime, extradition and regulatory law – as a “figurehead” was very attractive.

His comment in 2013 about criminal firms as wounded animals – made at the time when he revealed that Stobarts was considering seeking a legal aid contract – was heavily criticised. But Mr Howarth said he stood by them. “There are good firms out there but they are still operating in the same way as 10 years ago despite having a diminished remuneration rate and workload. The business model has changed considerably.”

He said that now the government had dropped its plans for two-tier criminal contracts, he was able to act.

Mr Howarth has another ABS, named Two Legal. He said this was a “completely different” business but would not divulge any more, except to say that it would be launching later in the year.