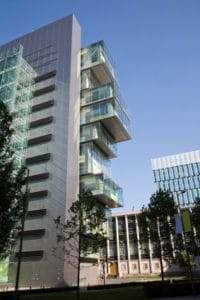 An in-house solicitor has won £18,000 in libel damages after a post on two football fan websites wrongly claimed that he had been struck off.

Graham Woodward works for the Oyston Group of companies, which includes Blackpool Football Club, many of whose supporters have been campaigning against its owner for some time.

Andrew Grice posted the comment on the website Fansonline.co.uk in July 2015, and it was reposted on Backhenrystreet.co.uk later the same day. The original post was removed some three weeks later, and it was only nearly a year later that Mr Grice issued an apology online.

Mr Grice did not make the second posting, but Mr Justice King in Manchester ruled that it was “a reasonably foreseeable repetition” of the original publication. This post was removed after two weeks.

The evidence of how many people had seen the postings was not clear, with the judge concluding that it was likely to be have been “at most 100s of people rather than 1000s”.

He did not accept the claimant’s contention that the untrue allegation would have spread like wildfire as gossip and rumour throughout the Blackpool community.

“This, on the evidence before me, would be pure speculation. It is not without significance that the claimant gave no evidence of being approached by members of the community who had knowledge of this accusation.”

Mr Woodward did not claim loss of earnings or other financial loss, and conceded that there was no established damage of any significance to his professional reputation within his employer.

But, the judge pointed out, there was no requirement to prove actual damage. “On any view, this was a serious libel no matter how limited its circulation and the claimant is entitled to substantial damages in vindication of his reputation.”

While the lack of established injury and limited extent of publication would go to “moderate those damages to a degree”, King J went on to identify various factors which would significantly aggravate them.

“Although [the defendant] did not publish the words complained of knowing the words were untrue, he did so recklessly… and knowing he had no evidence or confirmation of whether they were true.”

He also found Mr Grice motivated by a “hostile animus” towards Mr Woodward. This was fueled both by the solicitor’s work in defending a member of the Oyston family in a libel case Mr Grice himself had brought, which settled for £20,000 in damages, and more generally “because he views the claimant as closely identified with the Oyston family itself”.

Another factor was Mr Grice maintaining his allegation right up to the interim injunction hearing and refusing to back down and retract until he was shown positive evidence that he was wrong, and making “several damaging slurs” against Mr Woodward’s probity in the course of the proceedings.

The mitigating effect of the apology, King J continued, was diluted by the fact that it was made late on into the case and, at least until proceedings before the judge began, not communicated to Mr Woodward personally.

The judge concluded that he would have ordered damages of £10,000 for the libel, but increased them to £18,000 because of the aggravating factors.

“I should add for the benefit of the defendant that throughout the hearing and when reflecting on the evidence before giving this judgment, I have not been unsympathetic to his obvious and genuine sense of grievance in relation to his perception of the rights and wrongs of the dispute with which he has been involved connected to the Oyston family and in which the present claimant played a role.

“However he must, I am afraid, understand that for the reasons set out in this judgment, these matters cannot in law as a matter of principle go to mitigate damages for this particular libel.”