House of Lords ratchets up pressure on SRA over SLAPPs 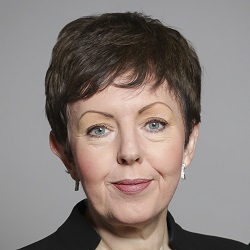 Peers have asked the Solicitors Regulation Authority whether it plans to reopen complaints about law firms involved in strategic lawsuits against public participation (SLAPPs).

Baroness Stowell, Conservative chair of the House of Lords’ communications and digital committee, said it wanted to know what action the regulator planned to take in the wake of its recent guidance on the conduct of solicitors involved in SLAPPs.

SLAPPs have become especially high profile because of their use by Russian oligarchs to suppress criticism.

Last month, the committee heard evidence from lawyers, journalists and publishers that SLAPP litigation was being persistently used as a tool to chill free speech and censor allegations of wrongdoing, and that not enough was being done to tackle this.

In response, SRA chief executive Paul Philip wrote to Baroness Stowell, saying that “should you, or any witnesses to your committee, have specific evidence about law firms or individual solicitors then I would be grateful if you/they would provide us with the necessary detail by return”.

He stressed: “We take the issues you have raised extremely seriously, and we will act if there is evidence to support such claims.”

The new guidance meant that those the SRA regulated “must ensure that proceedings are pursued properly and that their duties to their client do not override public interest obligations and duties to the court”, he went on.

Baroness Stowell replied on Friday that the issue of SLAPPs was “deeply concerning”.

She said: “The evidence shows that it is not being addressed adequately. Indeed, the practice appears to be widespread, with the number of SLAPP cases which make it to court representing only the tip of the iceberg…

“We appreciate this issue is not new, and that the right to pursue legal remedies remains an essential part of our legal system. We are nevertheless concerned at reports that abusive practices are becoming more blatant, more expensive and more damaging.”

While the committee would not comment on individual cases, Baroness Stowell said, “we need to have confidence that the firms responsible for these activities are well regulated; that the complaints from journalists and publishers are taken seriously; and that egregious practices by solicitors are addressed in the appropriate manner.

“In short, we need to have confidence that the SRA is holding to account the solicitors and firms responsible for this unacceptable conduct, and that appropriate action is being taken by you against those found to be in breach of the SRA’s principles, standards, and codes of conduct.”

This included understanding what action the SRA has taken or proposed to take in relation to its new guidance, “for example re-examining previous complaints, and contacting the law firms that have been the subject of public allegations regarding their involvement in suspected SLAPP cases”.

We reported last week that the SRA has started visiting law firms named in Parliament over their work for Russian oligarchs.

An SRA spokesman said: “We have been clear about our expectations that firms should not abuse the litigation process, including through making excessive or meritless claims.

“We welcome the response to us from Baroness Stowell on this important issue. We will be responding to the points she raises, as well as to the government’s call for evidence on SLAPPs.”