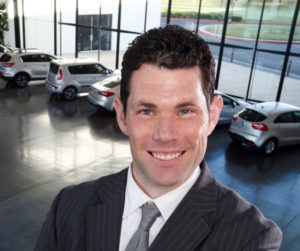 In-house lawyers have been significantly slower to adopt technology than their counterparts in business, according to a prominent legal technology innovator.

Former in-house lawyer D Casey Flaherty, an advisory board member at NextLaw Labs, the innovation platform of global law firm Dentons, was quoted as saying that lawyers as a group were “reluctant” to embrace technology.

He said: “By every metric, legal services are behind in IT investment, R&D investment, and productivity growth. So, it is unsurprising that I find lawyers, as a group, reluctant.

“It is not that they are anti-technology, they are pro getting stuff done. Sticking with what has worked is easy and safe. For a while. But the problem with the easy way is that it eventually is so damn hard.

“Lawyers are great at what they do. But how they do it doesn’t scale. And, more and more, the world demands that we operate at scale.”

The guide interviewed several other key in-house lawyers, including those who pointed out that in-house legal teams were increasingly using technology, not least in order to avoid recruiting more lawyers.

Chris Newby, who has been the general counsel, Europe, the Middle East and Africa, for global insurance giant AIG for the past 11 years, told LawGeex: “The workload is growing but I can’t keep recruiting more and more people.

“Technology helps me enable my people to focus on work which maximises their expertise, whilst the lower level work I can package up and offshore or automate or put into systems which allow the business to do it for themselves.

“So, then the regulatory change work and more high-end work I can do with the same team without having to increase my internal headcount.”

Maurus Schreyvogel, head of operational excellence at healthcare giant Novartis, told the guide: “We are now no longer forced into giving document discovery work to external firms. Instead, we can use e-discovery vendors around the globe. Using IT systems reduces costs from $130 to around $70 an hour.”

Noory Bechor, LawGeex’s founder, said: “We are publishing this guide at a time when in-house lawyers face multiple drivers to adopt new technologies. In-house teams are under pressure to produce evidence of higher efficiency and quality and provide better data and strategic input for their organisation.”