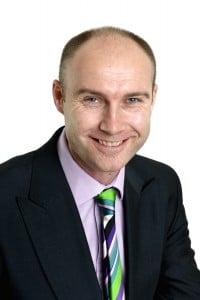 Manchester-headquartered alternative business structure (ABS) Horwich Farrelly has headed south to launch an office in the City of London.

The specialist insurance litigation law firm estimates that the new office will generate up to £2m of income in its first year.

The 18-partner firm employs more than 400 staff across its offices in Manchester, Liverpool, Sheffield and Chelmsford, and last year reported a turnover of £22.5m.

Opening in August 2013, the office will have up to 12 full-time members of staff, including a team of insurance specialists joining from London law firm Rollingsons.

The office will be led by Darren Mendel, best known for advising insurers on the leading credit hire case of Copley, who will head up the office and join Horwich Farrelly as a partner. As part of the move, the Chelmsford office will relocate to the city.

Horwich Farrelly chief executive Anthony Hughes said: “This is a key part of our strategic plan to expand our offering to the insurance sector. There are so many more opportunities in central London which we will seek to exploit by establishing a presence there.

“Darren is a perfect fit with our business being well known in the motor insurance sector and recognised as a specialist in his field. The fact that he has been joined by two other key members of his team is a fantastic bonus for us and allows us to create immediate critical mass.

“We share a number of clients in common with Darren and they regularly spoke very highly of him so I made it my business to seek him out and convince him to join our business.”

Horwich Farrelly became an ABS in January, and Mr Hughes said at the time that the move was in part driven by plans to add non-legal claims services as it came to grips with April’s civil justice reforms. He said: “Our objective is to diversify and grow the business significantly and the activity that we are currently involved in suggests that what many see as a threat can be turned into an opportunity.”

Another north-west ABS that recently opened a London office is Stephensons, and chairman Ann Harrison revealed at last week’s Legal Futures Conference that the firm had just received approval to appoint marketing manager Sarah Boustouller as its second non-lawyer partner.

Further, the firm has launched a pro bono unit to provide welfare advice following the removal of legal aid. Partner Liam Waine said: “Unfortunately, as a business, we cannot afford to offer free advice to all the many thousands of people who need it and we are seeking to concentrate the resources on difficult cases where particularly vulnerable clients face major legal problems.”