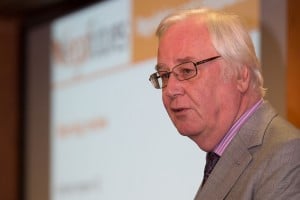 Hopper: firms looking to other regulators

The leading specialist solicitor in regulation matters yesterday urged the Solicitors Regulation Authority (SRA) not to approach law firms with the worst possible assumptions and warned it was driving a wedge between the regulator and the profession.

Speaking at the Legal Futures Regulation & Compliance Conference in London, Andrew Hopper QC said the authority tended to adopt the bleakest assessment in the first instance.

In the presence of SRA chief executive, Paul Philip, Mr Hopper said he had a stock of indicative stories of poor interactions between the SRA and law firms that occurred on a weekly basis. He related the recent experience of a two-partner start-up firm whose compliance officer for finance and administration (COFA) requested a 50% pay increase, and when it was refused she walked out.

Without telling the firm she had left it for good, she informed the SRA she had resigned as COFA and announced that the firm could not afford to pay her salary. Firstly, the SRA contacted the firm by e-mail to point out forcefully that it did not have a COFA and, secondly, demanded comprehensive proof that the firm was not in financial trouble.

The firm supplied the information. The SRA then demanded an explanation as to why the COFA had been wrongly described as a manager on an earlier application form, as opposed to an employee. With Mr Hopper’s assistance, the firm apologised that the meaning of the term ‘manager’ had been misunderstood and it was a simple error.

Addressing Mr Philip, Mr Hopper said: “There is a serious message in this, because this is a current story and the culture [at the SRA] hasn’t changed… every time a member of your staff writes something stupid like this, it makes the distance between the regulator and the regulated community rather greater and the relationship worse.”

The QC asked Mr Philip: “Please can you stop your people thinking the worst as the first option? Can you encourage them to pick up the ‘phone and ask for help in understanding the situation rather than leaping to the worst possible conclusion?

“Can I ask that your members of staff, when they are putting reports together, and contemplating making decisions, can I ask them not to ‘paint it black’, so that professionals have to come along in order to give the balanced picture. This is all incredibly damaging. The [SRA’s] philosophy at the top end is fine, but it has to drive culture on the ground.”

He revealed that he was “currently sitting on requests from a number of my clients saying, basically, ‘when can we go and be regulated by somebody else?’”

Earlier, Mr Philip had invited the conference attendees – and Legal Futures readers – to contact him by e-mail if they had a “particular beef about the way you interact [with the SRA]” and he would give the matter his personal attention, adding: “I’m very interested in the types of individual problems you have with the SRA.”