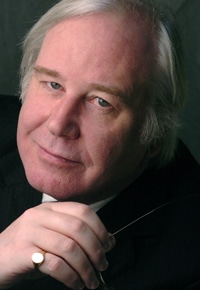 Hopper: SRA sacrifices everything for a win

The Solicitors Regulation Authority (SRA) is overly aggressive, unaccountable, and is failing to differentiate between deliberate dishonesty and human errors of judgement, according to leading regulatory solicitor Andrew Hopper QC.

Meanwhile, the independence of panel solicitors who prosecute for the Solicitors Disciplinary Tribunal (SDT) is being compromised and the SRA has fostered an environment in which “everything is sacrificed for a win”, he added.

Mr Hopper also raised doubts over the ability of regulators to resolve tensions within alternative business structures (ABS) that he predicted might arise between lawyers who are committed to clients’ interests and profit-driven external investors.

He expressed particular concern that entity regulation – under which the firm itself is liable to disciplinary action if something goes wrong – can lead to serious injustices in small firms where the entity is indistinguishable from partners.

Speaking in a podcast recorded for Charon QC – the blog of law academic Mike Semple Piggot – at the start of the latter’s unique UK tour, Mr Hopper urged the SRA to “have some humanity” and do more to allay fears within the profession that “if they get anything wrong at all… there will be a disproportionate response”.

The solicitor QC acknowledged that senior figures at the top of the SRA were working to eliminate a culture of “over-aggression” and “lack of trust” between the authority and its regulated community – “to its credit this is recognised by the SRA”. But equally “there are people in the organisation who are still tainted with the ‘old’ SRA and are determined to approach things with aggression”, he warned.

Regulation was “absolutely essential”, he said, but should be “proportionate” and involve an understanding that “most of us in so far as we make mistakes, are not doing it deliberately”. In more than 30 years of disciplinary-related practice, he had encountered an “infinitesimally tiny” number of solicitors who were “quite deliberately dishonest”.

Mr Hopper is widely regarded as the leading expert on the law and practice of the regulation of solicitors and, among other publications, is co-author of the Law Society’s Solicitor’s Handbook. He advised and acted for the Law Society in disciplinary and regulatory proceedings between 1979 and 2002, including before the SDT. He said he switched to acting in solicitors’ defence when the society became too fierce in its attitude to prosecuting solicitors.

The SRA has since become an “even more aggressive prosecutor… by way of demonstrating its detachment and lack of dependence on the Law Society”, he said. But the SRA is “very largely unaccountable and it’s very difficult to challenge its processes [or] its general philosophies by any kind of outside influence”, including the society.

Apart from “a small number of excellent exceptions”, he believed prosecutors in the SDT are placed under undue pressure to prosecute “in the way that the SRA wants them to prosecute”. Panel solicitors “who are most popular with their client are those who are most aggressive.” It was impossible for defence advocates to engage in dialogue with them “because they have to go back to their client for instructions on absolutely everything”, he said.

There is “a feeling that two things are badly wrong” inside the SDT: that the independence of prosecutors is being compromised, and “that the concept of the fair-minded prosecutor neutrally presenting the facts has gone and we are dealing in an environment in which everything is sacrificed for a win”.

Mr Hopper said he was hopeful ABSs would not lead to problems but vetting potential non-lawyers for criminal convictions is “simply not going to solve the sort of philosophical issues that I think may develop”. The “tension” between a corporate philosophy that seeks to please shareholders could clash with the lawyers’ mindset which serves the best interests of the client, he predicted, adding:

“Law firms, solicitors… of course we’re in business to make a living… We have to survive, our staff have to be paid, but is it all about money? I think if you took a straw poll of my profession, the answer to that would be no, it’s about much more than that. If it was all about money, nobody would do legal aid work [or] do any pro bono.”

Mr Hopper raised a recent case in which he acted that he said illustrated a current problem with the SRA’s approach to entity regulation. A solicitor non-partner in a firm had failed to give proper client service and the matter was resolved with compensation, a reduced bill and an apology. But the SRA decided to prosecute the firm.

The individual solicitor was not prosecuted and the supervising partner had left the firm. So by prosecuting the entity, the firm’s seven “entirely innocent” partners bore the brunt of the SRA’s action. Only an informal contact with a senior SRA official ensured the case was not proceeded with, Mr Hopper revealed.

“If there is one message I would like to convey to the SRA it is ‘please have some humanity; understand the consequences to individuals of what you do’,” he said.

Separately, Mr Hopper described one of the SDT’s highest-profile past verdicts as “incomprehensible” and based on factors “other than the extent of the original fault”.

In a review of the case of human rights solicitor Geoffrey Bindman (now Sir Geoffrey), Mr Hopper found the harshness of the penalty imposed on Mr Bindman was probably due to the robustness of his defence in correspondence with the Law Society and that, if so, the Tribunal was “wrong” to have decided in this way.

Mr Bindman was fined a total of £12,000 by the SDT in November 2001. A spokesman for the Law Society’s then disciplinary arm, the Office for the Supervision of Solicitors (OSS), was reported as saying he could not recall a more eminent solicitor being brought before the SDT.

The case principally related to complaints of alleged conflicts of interest by Mr Bindman and his then partner at Bindman & Partners, Robin Lewis, now an employment judge. Mr Lewis was fined a total of £3,000.

The facts were that the firm had ceased to act for a client (A) in a dispute with his employer. A had also been in dispute with person B. The firm was not instructed in the latter dispute and had no knowledge of it. B then sought to instruct Mr Lewis in relation to a proposed libel action against a broadcaster and a magazine.

A was not involved in this action and there was no exchange of confidential information between Mr Bindman and Mr Lewis about A or B. The libel claim was settled without going to trial. A complained to the Law Society that the solicitors had committed professional misconduct by acting for B where a possible conflict of interest could arise.

Basing his assessment solely on the SDT’s judgment, Mr Hopper said: “At worst this was a ‘bare conflict’ having no adverse consequence.”

Responding to the Tribunal’s statement that “The conflict of interest… was… at the serious end of the scale” and that Mr Bindman “had made an error of the most serious nature”, Mr Hopper concluded: “I regret that I find those statements to be incomprehensible…. By no means do those facts merit these descriptions.”

Mr Hopper also criticised the OSS’s decision to refer the case to the SDT after the two solicitors appealed against a first instance decision to reprimand them, and robustly defended themselves in correspondence. “My strong suspicion is that the appeal decision-makers became annoyed and defensive over the criticisms made in the correspondence and ‘punished’ [Mr Bindman] by referring the case to the Tribunal,” he said.

Mr Bindman’s defence then appeared to influence the Tribunal’s decision, the QC suggested. Noting that subsequent case law had confirmed that solicitors are free to defend themselves vigorously against professional regulators in the course of disciplinary proceedings, he said: “If, as seems very likely, the style of correspondence played an important part in the Tribunal’s reasoning it is highly probable therefore that [it] was wrong in its approach.”

By the time the case reached the SDT, a further charge of breach of confidentiality had been added against Mr Bindman because in his defence he had sent documents to B for comment, believing the dispute between A and B was over. Unknown to him, there was an extant appeal. Mr Hopper said that “this was plainly a mistake” but observed that the Tribunal had made no reference to any direct or indirect prejudice suffered by A.

He concluded: “I could well understand [Mr Bindman] concluding that he was treated disproportionately because of his stature in the profession; an intended demonstration that the Tribunal would not treat him more favourably because of his reputation.

“That reputation should have stood him in good stead and should have been accepted as demonstrable proof that there could never have been any conscious breach of the rules, as opposed to an error of judgement. I would well understand and sympathise with a continuing sense of injustice.”