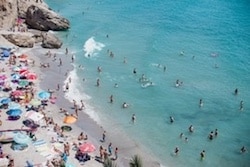 Activity by claims management companies (CMCs) in the area of holiday sickness is “much reduced”, the regulator has claimed.

The Claims Management Regulator (CMR) said it made the finding after completing an “intensive audit” and investigation.

The work came ahead of the government bringing holiday sickness claims within the scope of fixed recoverable costs, which should happen before the summer holiday season.

“Although claims management activity is much reduced in this area”, the CMR said it would continue to monitor the market and respond to allegations of misconduct.

“A recent intelligence gathering exercise led to the regulator identifying 12 unauthorised businesses potentially involved in this sector. Further investigation and enforcement action is progressing in respect of those businesses.”

Steve Heapy, chief executive of Jet2holidays, has said in recent times that the company was “winning the war” on fraudulent holiday sickness claims and there had been a “significant” reduction in the number of new claims coming in.

In the latest quarterly report on enforcement, the CMR said that in the personal injury sector generally, call centres which misled consumers were being targeted.

The regulator said it had visited 22 personal injury CMCs, issued 16 warnings and was continuing investigations into three firms.

On nuisance calls, a “key compliance priority”, the CMR said it had issued six warnings and continued its investigations into 21 firms “engaged in suspected non-compliant direct marketing”.

The authorisation of Wigan-based UK Claims Surgery was cancelled after it sent marketing texts without consent and supplied “false and misleading” information to the regulator.

DMR Financial, based in Llanelli, was fined £1,950 for making unsolicited calls to individuals registered on the Telephone Preference Service, failing to conduct “due diligence” on data and submitting “generic and unsubstantiated” claims to lenders.

New investigations were launched into Click Me and the Consumer Compensation Bureau, both based in Manchester, for suspected direct marketing breaches.

The CMR said that during the last quarter it had received 127 notifications of businesses trading without authorisation, resulting in three warnings and one new investigation.

The regulator said PPI remained the most active area in the financial claims sector, with advertising increasing in 2017 and 2018.

The Financial Conduct Authority (FCA) is due to take over the regulation of CMCs from the CMR next year.

Earlier this month the Treasury announced that CMCs which wanted to go beyond finding and referring claims, and also provide advice, would have to obtain separate permissions for every area of work they wanted to operate in, such as personal injury or financial services.