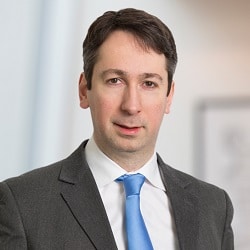 A senior finance partner at City giant Hogan Lovells has been rebuked by the Solicitors Regulation Authority (SRA) after a tribunal found that he discriminated against his children’s pregnant nanny.

Sylvain Dhennin, a registered foreign lawyer and head of Hogan Lovells’ high yield practice, was last year ordered to pay more than £18,000 in damages, compensation and interest to Saesi Muslipah for direct discrimination on the grounds of pregnancy and unfair dismissal.

He had strongly contested the claim, but the tribunal found that he had wrongly stated that he was unaware of her pregnancy shortly before making her redundant.

In a sanction published yesterday, the SRA noted that Mr Dhennin neither appealed the judgment nor informed the regulator of it.

Mr Dhennin admitted that, by discriminating against the nanny and unfairly dismissing her, he breached principle 6 of the SRA Principles – behaving in a way that maintains the trust the public places in the profession and in the provision of legal services – and by failing to notify the SRA, he breached the code of conduct.

A rebuke “marks the seriousness of Mr Dhennin’s conduct and the impact it had on the nanny”, the SRA said, acknowledging too that it was unconnected with his legal practice, “and there was no lack of integrity on his part”.

The SRA said it also took into account mitigation put forward by Mr Dhennin, namely “challenging personal circumstances”, that he paid the monies ordered by the tribunal promptly, cooperated with the SRA’s investigation, and has a clear regulatory history.

Meanwhile, a trainee legal executive who was employed by leading Bristol law firm Burges Salmon has been banned from working for SRA-regulated firms without its permission after submitting fabricated evidence to her supervisor to support her application to become a Fellow of the Chartered Institute of Legal Executives.

Gemma Luson left the firm in June 2018 and is not currently employed, the SRA said. Her conduct was found to be dishonest.