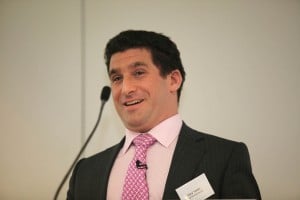 The “balloon has burst” on networks of law firms grouping together to share marketing, while the appetite among solicitors for collaboration with their peers is growing, the founder of a small firm legal network said this week.

HighStreetLawyer (HSL), which was first piloted in 2011 and targeted firms of under five partners – which also kept their own brands – has ditched the consumer-facing side of the brand to focus on its business support function and build an online network to foster collaboration and referrals.

As recently as March this year, the network was planning to focus on developing its consumer business and to double the number of member firms from 10 across 12 locations. It now claims around 60 users of the online platform, which as of this week it opened up to non-member firms.

Managing director Gary Yantin, a commercial solicitor, said that while leads were still coming in from the network’s existing consumer business, “we are just not pumping any more money into it and we are not asking our law firm members to part with any more”.

He said that since the switch, instead of charging a franchise fee, HSL now made its money solely from the support services it offered on a “transparent, pay-as-you-go basis”. The services are outsourced marketing, training, referrals, procurement, and law firm strategy.

Explaining why HSL had abandoned its consumer business, he said: “I really think that the idea of law firms joining a brand, paying their marketing budget to somebody else to pay for TV advertising, or search engine advertising, or to get to the top of Google – it’s all a bit of a balloon that burst already.”

Apart from QualitySolicitors (QS), he said law firm networks had not materialised as previously anticipated. But firms were keen to link up, nevertheless. “What I’ve found is that what the firms want is to collaborate with each other.”

HSL has worked with online documents company, Workshare, to produce the online platform, which is known as HSL Workshare, said Mr Yantin. “It’s like LinkedIn or Facebook but it’s exclusively for members.”

Features included “practice area groups and strategic groups, such as compliance and managing partner groups”, he said. “[Members] share strategy, they share ideas, they share problems. Occasionally they share jokes, but they also share work – the firms themselves are giving referrals to each other.”

Mr Yantin said HSL would return to being a consumer brand at some point. “We’re not going out there with a collective consumer brand. I’m not saying we’re never going to do that – we probably will when the time is right. We’ll wait for the dust to settle.”