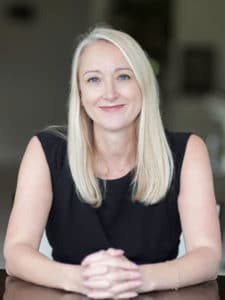 Stewart: Lot of enquiries from worried tenants and concerned landlords

A solicitor has launched a second law firm regulated by the Bar Standards Board (BSB) – this time an alternative business structure with a letting agent client.

Bridge Law, launched in 2016 [1] and regulated by the BSB, provides a range of civil law services, including wills and probate, family law, employment and commercial law from offices in Stockport, Cheshire and Holmfirth, West Yorkshire.

Ultima Law, one of only a dozen ABSs regulated by the BSB, specialises in landlord and tenant work. An immigration service was launched this week under a separate name, On Track Immigration.

Ms Stewart said the idea of setting up Ultima came from a client of Bridge Law, Richard Irving, a letting agent who knew about ABSs and wanted to start one.

“He came to see me and said he had a lot of work on tenancy agreements and tenancy disputes and he wanted to set up an ABS, in which he could own shares.”

Mr Irving is now a director and joint owner with Ms Stewart of Ultima. Ms Stewart is the head of legal practice, and of finance and administration.

Ms Stewart said the firm was getting “a lot of enquiries from worried tenants and concerned landlords” since pandemic struck and things were “only going to get busier” when the lockdown intensified.

“Our role is not to evict people but to come to an arrangement between landlords and tenants so people can stay in their homes.”

Stockport is part of Greater Manchester and due to enter Tier 3 restrictions at the end of this week.

Ms Stewart said the virus had made life “very difficult for everyone”, with job cuts making it hard for tenants to pay rent and landlords not having enough money for repairs.

Although the stay on possession proceedings had been lifted, there was a backlog of cases and extended notice periods for landlords wanting to bring claims, she added.

Ms Stewart said that a lot of tenants needed immigration advice as well, particularly in the run-up to Brexit, and a solicitor joined Ultima this week to provide that service as On Track Immigration.

“I know a lot of people are shutting things down, but we have identified the need for this service from tenants not from the UK, and we will try and assist them in this way.”

“I think it works really well. Clients can see when money is paid in or out because they have access to Shieldpay’s platform.

“So many small firms have problems with client money. It’s not an issue we will ever have.”

Ms Stewart described TPMAs as the “way forward” for small, niche firms, but admitted she did not know any other firms in her area that had one.

Until she set up Bridge Law, Ms Stewart was a consultant at Evolve Family Law in Macclesfield, another firm regulated by the BSB.

Ms Stewart passed what was then the Bar vocational course but never practised as a barrister. Instead she was admitted as a solicitor in 2001 and went on to be a senior associate at Pannone and Slater & Gordon.

She found regulation by the BSB a “better fit” for Ultima Law than the Solicitors Regulation Authority because Ultima was a “niche provider of client litigation”, doing its advocacy in-house.

“Cost is not a huge factor for us. I have a very good relationship with the BSB. They’re easy to deal with and practical.”