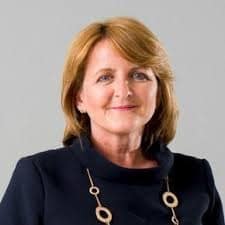 Goulbourne: Shy away from risk

The profession should work with indemnity insurers to deal flexibly with run-off risks and encourage large law firms to merge with small ones, according to a solicitor entrepreneur.

If a solution could be found to the succession planning conundrum, it might ease the reluctance of larger firms to take on the burden, said Sarah Goulbourne, co-founder of distributed practice gunnercooke, which has some 200 lawyers on its books.

Speaking at the Solicitors Regulation Authority’s (SRA) innovation conference held in Bristol yesterday, the solicitor said her firm was “approached by a lot of small firms” with senior lawyers seeking to retire, but the risk of run-off liabilities meant her firm avoided such mergers.

She said: “To close a practice is extremely difficult. You have… a run-off cover premium issue which is really expensive and actually for an innovative law firm model like ours it’s a risk to take something like that on. So we shy away from it.”

She added: “I think if we could look with the brokers and indemnity providers at a more flexible way of closing the practice and the potential liabilities that flow from it, you would get more firms merging and talking about how they deal with succession planning.

“It’s a big issue for the profession and it’s not going to go away.”

Ms Goulbourne said the profession was distorted by the problems caused by partnerships: “I think we’ve ended up with structures that don’t fit where the future is going.”

The SRA’s recently closed consultation on reform of professional indemnity insurance has proposed to maintain the six-year run-off period, but tackle the problem of cost by proposing caps of £3m for firms that need conveyancing services cover and £1.5m for other firms.

Agreeing with her, Chris Nott, senior partner of Cardiff-based commercial law firm Capital Law, said: “You couldn’t conceive of a worse way of running a business than by a partnership.”

Introducing her firm’s approach to innovation, Ms Goulbourne said it was increasingly taking on younger lawyers, who were “looking to work in a different way”.

She said millenial lawyers were likely to have “two or three different careers” over their lifetimes and that, in her experience, “they don’t value possessions quite as much, it seems to me, [such as] cars and houses”.