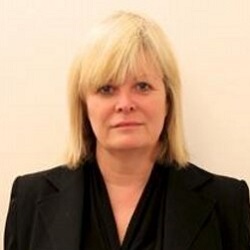 Todner: Should have known she was in breach of rules

The Solicitors Disciplinary Tribunal (SDT) rejected a lower fine for high-profile solicitor Karen Todner, in part because she was the tribunal’s vice-president at the time of her misconduct.

The SDT approved a fine of £25,000 for Ms Todner for retaining nearly £100,000 of unpaid professional disbursements in her then firm’s office account when the client ledgers for the three matters under scrutiny erroneously showed they had been paid to counsel.

All was eventually paid, according to Ms Todner, but the SRA said £2,880 was written off by counsel and there was no evidence it had been repaid to the client. They agreed, however, that the SDT did not have to resolve this.

At the time of the events in 2014 and 2015, Ms Todner – who qualified in 1987 – was managing director and sole owner of Karen Todner Solicitors, as well as vice-president of the SDT.

An outcome agreed by Ms Todner and the Solicitors Regulation Authority (SRA) had proposed a fine of £17,500, plus restrictions on acting as a compliance officer and being a signatory on client and office accounts, save for allowing her to approve the payment of routine office expenses limited to £100 per authorisation when her co-owner was unavailable

However, the SDT panel – chaired by current president Alison Kellett – decided that the proposed sanction “did not reflect the seriousness of the admitted conduct” when taking into account the aggravating factors set out by the parties.

These included her role at the tribunal, her experience and seniority, the period of time for which the misconduct continued, her failure to self-report, and that she knew or should have know she was in “material breach” of her obligations.

Further, Ms Todner had “misconducted herself in a number of other respects” – in 2017, she accepted a rebuke and £2,000 fine from the SRA in a regulatory settlement agreement for failing to notify the regulator that her firm was in serious financial difficulty, failed to cause a former client to seek independent legal advice before accepting a £25,000 loan from them, and allowed her client account to be used as a banking facility.

As well as declining to approve the proposed sanction, the SDT also queried the way in which the proposed restrictions on practice were drafted so as to relate to “any solicitor’s practice” and “when the respondent’s co-owner is unavailable”.

The parties revised the outcome to a fine of £25,000, with the conditions applying to any authorised or recognised body.

She is currently a director and owner of Karen Todner Ltd. Her fellow director is barrister Ian Jobling, who is also the firm’s COLP and COFA, as well as her husband.

Agreeing these, the SDT said: “Ms Todner had had direct control over the circumstances of the misconduct, and given her experience at the time, and role as vice-president of the tribunal, the tribunal agreed that she must have appreciated that she was a role model who needed to conduct herself accordingly.

“Scrupulous adherence to the letter and spirit of the accounts rules was a cornerstone of legal practice and not something which could be neglected, however committed the solicitor was to legal work for their clients. This was particularly so given Ms Todner’s roles as COLP and COFA.”

Elsewhere, however, the SDT said she had only been the COFA.

Ms Todner had argued that the misconduct was the result of failing to devote sufficient time and attention to her regulatory responsibilities because of her dedication to her clients.

The SDT acknowledged in mitigation that there was no allegation of recklessness, lack of integrity or dishonesty.

“The testimonials produced, including from some of the counsel directly involved in the cases with which the allegations were concerned, were extremely positive and indicated that there was no wider pattern of failing to pay disbursements.”

Ms Todner also agreed to pay the SRA’s costs of £21,055, on top of the £10,000 the High Court ordered her to pay when refusing her permission to bring a judicial review of the SRA’s decision to prosecute.

An extradition and criminal defence specialist, Ms Todner is particularly well known for her work for the Pentagon hacker Gary McKinnon, whom she successfully represented for 10 years and in 2012 secured his release from extradition to the USA.

She sold Karen Todner Solicitors in 2016 to One Legal Ltd, which went into voluntary liquidation in 2019.