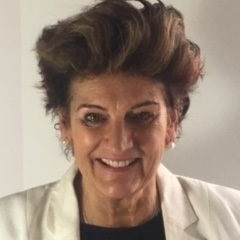 The High Court has upheld a decision that a law firm which charged its client nearly $3m under an unenforceable conditional fee agreement (CFA) has to repay the money.

Mrs Justice Foster agreed with Costs Judge Rowley’s ruling that it was not possible to sever the offending parts of the retainer.

Volterra Fietta is a London law firm that says it is the only dedicated public international law firm in the world. It acted for blood plasma trading company Diag Human in an arbitration under a bilateral investment treaty against the Czech Republic.

Diag initially entered into a retainer based on hourly rates in February 2017. It was terminated in May 2019 with Diag “in substantial fees arrears”.

However, on 7 September 2017 – by which time the law firm had billed $107,000 – Diag and its founder Josef Stava signed a side letter creating a new retainer that incorporated the terms of the original retainer.

Under this, Volterra agreed to discount the fees it invoiced by 30% in return for a success fee far exceeding the legally permitted 100% – an example produced to show the workings of the agreement produced a figure of 280%.

It was common ground that, as a result, the agreement did not comply with the requirements for CFAs and was not enforceable.

At first instance, Master Rowley held that the success fee provisions could not be severed so as to leave an enforceable retainer allowing for Volterra to charge hourly rates at a 30% discount.

While it would be possible to create a CFA which specified a proportion of the work would be paid win or lose and the remainder only in the event of a win, the wording needed to be clear, he said – and it was not here.

He concluded, as a result, the client had no liability for the costs under that retainer and the solicitors had to repay anything received since 7 September 2017.

Foster J upheld Master Rowley’s findings and “the process of reasoning that led to them”.

She said the side letter was a new agreement, rather than a variation of the original retainer, and the clauses which Volterra sought to sever “formed the very essence of the contract”.

As well as agreeing with Master Rowley’s interpretation of the relevant case law, Foster J held it would be contrary to public policy to permit severance, as it would “allow virtually all defective CFAs or [damages-based agreements] to be put right late in the day”.

This would also undermine consumer protection and the administration of justice.

Foster J also agreed that the sums paid had to be returned: “The agreement in issue here, is unenforceable; it cannot therefore found a claim which allows for payment received under part of it, to be retained.

“In my judgement no claim for restitution is necessary as a precursor to recovery of sums paid under the unenforceable agreement.”

She added that Master Simon Brown, who sat with her as an assessor, agreed with her conclusions.