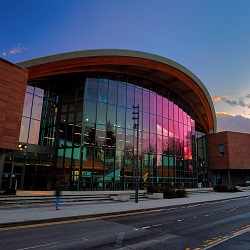 The High Court has struck out libel claims made by a former Warwick University law professor against two fellow academics, an investigator and a law student.

Sir Andrew Nicol said that Professor Theodora Kostakopolou was dismissed by the university in July 2020.

She has made three sets of employment tribunal claims, including for unfair dismissal and discrimination, which are waiting to be heard together.

Sir Andrew said “all of the publications” which were the subject of the libel claims were made as “part of the university’s disciplinary process”.

Professor Kostakopolou, who specialises in European law, European integration and public policy, was appointed to her chair in 2012. She was suspended in August 2016 after allegations of “disruptive and inappropriate behaviour at a staff meeting” earlier that summer.

The suspension was lifted in December 2016, when she was issued with a written warning.

Further disciplinary proceedings were launched in December 2019, alleging that the professor had “failed to comply with reasonable management requests, had failed to attend various meetings and not fulfilled her responsibilities in good faith”.

The case was later expanded to include allegations that she had attempted to influence potential witnesses and harassed students in relation to complaints they had made.

A disciplinary hearing took place in June 2020, and the following month she was dismissed.

Delivering judgment in Kostakopolou v Warwick University and others [2021] EWHC 3454 (QB), Sir Andrew said he agreed with counsel for the defendants that Professor Kostakopolou “plainly did agree, as part of her contract of employment, to the university’s disciplinary process and all of the publications were part of that process”.

He said she “may have objected to the manner in which the disciplinary proceedings occurred but that is immaterial to the submission that she had consented at the time of her contract to the disciplinary process being the way in which allegations were to be investigated and therefore all the publications which were part of that process were made with her agreement”.

Sir Andrew said that if, as Professor Kostakopolou argued, disciplinary procedures were not properly followed, then that should be dealt with by the employment tribunal as part of her unfair dismissal claim.

He said the libel claims should be struck out “on the basis that the defendants have an unanswerable defence based on leave and licence”.

The academic argued that the publications she complained about were either not protected by qualified privilege or the privilege was “defeated by malice”.

However, Sir Andrew said he again agreed with counsel for the university that, if the professor was putting forward a claim of malicious falsehood as well as libel, then there must be a certain standard of plea, which was not met by the professor’s “hopeless” claim.

The claims should be struck out on the further basis of “an unanswerable defence of qualified privilege”.

He allowed the defendants’ strike-out application additionally on the basis that the claim “infringes the Johnson principle” on the distinction between the jurisdiction of the tribunals and the courts.

Sir Andrew struck out Ms Kostakopolou’s claims. He refused her application for judgment in default of defence and to strike out certain sections of one of the defendant’s witness statements.