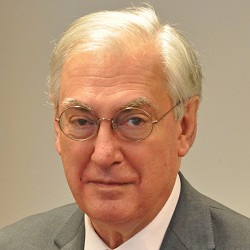 Pelling: Why would defendants have endangered their careers?

His Honour Judge Pelling QC said the background to the litigation was the break-up of the relationship between Michael Wilson and John Emmott, who had been working together in Kazakhstan, in circumstances of “great acrimony”.

HHJ Pelling, sitting as a High Court judge, said Mr Wilson and Mr Emmott were solicitors qualified both in England and Wales and Australia, where Mr Emmott was born.

“Prior to the events giving rise to the litigation between them, both Mr Wilson and Mr Emmott had been partners in major City of London law firms.”

Mr Emmott became a director and shareholder in Michael Wilson & Partners (MWP), a legal and business consultancy based in Kazakhstan and registered as a company in the British Virgin Islands, in 2002.

Their business relationship broke down in 2006. One aspect of the dispute concerned 14.75m shares in Max Petroleum Ltd.

MWP claims that Mr Emmott was the beneficial owner of the shares and that they had been allotted to him by a client of his, Thomas Sinclair, for work done while he was a director of MWP. As a result, it says, Mr Emmott is accountable to MWP for the shares or their value.

Mr Emmott denies that he is or was the beneficial owner of the shares and maintains that they belong beneficially to Mr Sinclair or a company controlled by him.

Arbitration proceedings culminated in an award in 2014 which held MWP liable to pay Mr Emmott around £4m.

Mr Emmott successfully applied for permission to enforce the award as a judgment of the High Court and a freezing order in his favour followed.

HHJ Pelling went on: “That was the start of the flood of litigation that has continued to this day and of which this claim is the penultimate manifestation.”

The judge said the first two defendants in the current proceedings were Mr Emmott and the estate of Michael Robinson, his former solicitor, who died shortly after proceedings were launched.

The fifth was Phillip Shepherd QC, Mr Emmott’s lead counsel, and the sixth Shepherd Legal, a professional services company through which Mr Shepherd’s wife, a solicitor, provided her services as a consultant to various law firms.

HHJ Pelling said she had not at any stage acted for Mr Emmott and, irrespective of his findings in relation to the other defendants, the claim against her company “ought never to have been made”.

The judge said MWP launched a set of claims against the defendants in September 2021, alleging that over “the life of its dispute with Mr Emmott”, Mr Emmott, “acting by Mr Robinson and/or Mr Shepherd”, applied for costs orders to which he was not entitled, and MWP was entitled to recover sums paid under those orders.

HHJ Pelling said of the particulars of claim: “The document is prolix, contains significant quantities of entirely irrelevant material, expressed in unnecessarily tendentious terms and fails to focus or focus properly on what causes of action are being alleged against which of the defendants.”

As well as finding the claim legally wanting and the pleadings inadequate, he went on: “The allegations made are inherently fanciful. If solicitors and leading counsel knew that their client was not liable to pay them, it is blindingly obvious that they would have taken steps to correct that and would not have adopted the practice of lying to the arbitral tribunal and court since the inception of this litigation.”

HHJ Pelling said at “no stage has MWP been able to explain” why any of these defendants “would wish to endanger their careers and livelihoods and expose themselves to potentially massive claims which some or all of them might not have been able to insure against (being claims in fraud) by dishonestly applying on countless numbers of occasions for costs orders on behalf of Mr Emmott against MWP which they, or one or more of them, knew he was not entitled to on countless occasions over the years since this litigation began”.

The judge ruled that the claims against them were “not realistically arguable in law or fact” and must be struck out.

He added that, following the hand-down of the judgment, he would consider applications by the defendants for the claim to be certified as totally without merit and for a civil restraint order.