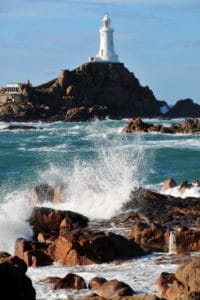 The High Court has struck out a negligence claim against London private client specialists Harcus Sinclair on the grounds that it was statute-barred.

Mrs Justice Rose said there was “no prospect” of the court finding that the claimant, Trilogy Management Limited, could not have acquired the relevant knowledge “long before” the six-year limitation period.

The court heard in Trilogy Management Ltd v Harcus Sinclair (A Firm) [2017] EWHC 1164 (Ch) that Harcus Sinclair was instructed in probate proceedings in Jersey to act for a corporate trustee of a family charitable foundation said to be worth $500m, in respect of a dispute over the terms of bequests to the will trustees of shares in that and another company.

The proceedings were settled in 2004 on terms that required an amendment to the second company’s articles of association to provide for distribution of profits to eight new charitable sub-funds, each of which had one of the settlor’s children as its guardian.

Trilogy was the trustee for three of the sub-trusts and accused Harcus Sinclair partner Keith Bruce Smith of inserting three additional words into a second draft of the articles of association which resulted in a reduced pay-out to the sub-funds.

It launched proceedings in the Royal Court of Jersey in 2010, which led to the removal of the ‘additional words’ from the article, leading to a “substantial outflow of funds” to the sub-trusts.

Rose J said the Trilogy sub-trusts had now “received all the dividends that they would have received had the additional words never been included” and the damages sought were limited to their share of the costs in pursuing the 2010 litigation.

Mr Bruce-Smith “vehemently” denied committing a deliberate or any breach of duty, the judge recorded, with his barrister asking the rhetorical question of why “a respected solicitor [would] deliberately breach his duty to make an amendment to a document which in no way benefited him personally?”.

However, the firm recognised that that was not an issue that can be resolved in summary proceedings and Rose J said it would be “unsatisfactory” to conclude whether the law firm had a duty of care to Trilogy, which was not a client, if the claim was already statue-barred.

Trilogy tried to overcome the limitation issue through two provisions of the Limitation Act 1980: section 32, postponing commencement of the limitation period in case of “fraud, concealment or mistake”, and section 14A, postponing it until the claimant had the knowledge and the right to bring the action, which it said was when the remedial action was taken in 2010.

On section 32, the judge found that all the various parties to the probate “had the chance to read carefully the draft including the additional words”.

She continued that a court could not possibly find that the absence of instructions was deliberately concealed by Mr Bruce-Smith when his conduct “was done in plain sight” of his client and the lawyers advising the executors.

Similarly, on section 14A, Rose J said it was clear from the evidence that “the whole issue of how the additional words came to be incorporated was the subject of close scrutiny from September 2004 onwards”.

Rose J concluded: “The claim is in my judgment undoubtedly statute barred and summary judgment should be entered for the defendant.”

The law firm succeeded in striking out Trilogy’s original negligence claim at the High Court last year for limitation reasons, but the Chancellor, Sir Terence Etherton, permitted the claimant to amend it.