High Court strikes out barrister’s claim for compensation from BSB 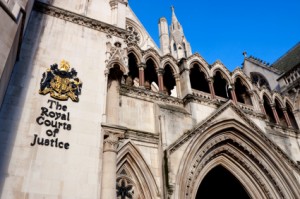 A pioneering barrister who overturned a disciplinary tribunal ruling that she had conducted litigation in breach of the Bar’s then code of conduct, has lost her claim for compensation against the Bar Standards Board (BSB).

Portia O’Connor, who in 2010 became the first barrister to become a partner in a legal disciplinary practice, failed to convince the High Court the BSB was guilty of misfeasance in public office and that it had breached her human rights.

She was originally convicted of five counts of professional misconduct for signing the statement of truth appended to a statement of case, and for discreditable behaviour in writing a letter to a firm of solicitors enclosing a copy of a defence and counterclaim that had been filed with the court. But the Visitors to the Inns of Court, led by Sir Andrew Collins, comprehensively allowed her appeal, and also criticised the way the Bar tribunal had handled the case.

Since Ms O’Connor’s misconduct case, which related to complaints originally made in 2009-11, barristers have been given the right to apply to conduct litigation. A prohibition on self-employed barristers conducting litigation was removed from the beginning of this year.

Striking out the claim for compensation and dismissing an action for summary judgment in O’Connor v Bar Standards Board, Deputy Master Eyre said that Ms O’Connor, a black barrister, was seeking to claim compensation for the “understandable distress and other consequences” of contesting the complaints.

But he rejected the allegation the BSB was acting incompatibly with its powers, pointing to the fact that Ms O’Connor could not name any individual of whom that could be said. He said an assertion that the BSB withdrew Ms O’Connor’s practising certificate was “completely contrary to the evidence, and quite plainly untrue and fanciful”.

He dismissed the human rights claim, saying any assertion “that the [BSB] is habitually or systematically unfair to black barristers” was a “demurrable” allegation. Allegations of statutory harassment were “contrary to the evidence”.

In 2010 Ms O’Connor set up Pegasus Legal Research in conjunction with a solicitor, regulated by the Solicitors Regulation Authority.

Ms O’Connor was ordered to pay the BSB £7,000 plus VAT on account of its costs.

Separately, the decision in a judicial review brought by the BSB of a costs decision by a disciplinary tribunal has been reserved.

The tribunal said non-practising barrister Natasha Sivanandan, who represented herself and was acquitted of two professional misconduct charges, should be paid costs of £27,500 – at a rate of £120 an hour.

In its application seeking to have the costs order quashed, the BSB warned that if it was upheld, the decision of the disciplinary tribunal of the Council of the Inns of Court would set a dangerous precedent.