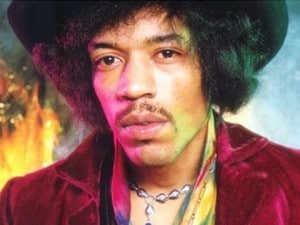 The ghost of legendary guitarist Jimi Hendrix loomed large in the High Court yesterday when a judge struck out claims against senior lawyers and imposed a civil restraint order on the claimant, in the latest twist of long-running litigation over his musical legacy.

Mr Justice Newey struck out claims, which he said were “fatally flawed”, by Lawrence Miller against solicitors Patrick Gardiner and Richard Little – respectively a former and current partner of Eversheds – and Claire Blanchard QC ([2015] EWHC 1712 (Ch)).

They had successfully acted for the defendants in earlier actions brought by Mr Miller.

Mr Miller has pursued a large number of cases through the courts since his former company, Purple Haze Records, was found to have breached the property rights of the successor to the rock legend’s estate, Experience Hendrix, in the High Court in 2005.

Experience Hendrix successfully argued that the production and distribution in 2003 by Purple Haze Records of a CD of two Jimi Hendrix concert performances in Stockholm in 1969 infringed its property rights. Purple Haze was dissolved in 2006.

The source of Mr Miller’s urge to issue proceedings was his belief that Purple Haze held performers’ rights in respect of the Stockholm concerts, despite a series of judgments that agreements he believed conferred these rights did not do so, including one endorsed by the Court of Appeal (Miller v Sutton & Anr [2013] EWCA Civ 359).

In the latest claims, Mr Miller alleged that Mr Gardiner, Mr Little, Ms Blanchard and Janie Hendrix, Jimi’s stepsister, were all part of a conspiracy to mislead the court.

In February 2015 the defendants to the latest claims sought to have them struck out and/or summary judgment to be granted in their favour. They also asked for an ECRO to be made against Mr Miller.

The judge then considering the applications, Mrs Justice Proudman, warned Mr Miller that he was at risk of the restraint order. He told her he was not proposing to issue further proceedings, but in an e-mail to the three lawyers attached a draft county court claim form which alleged they had given “false evidence”.

Newey J said it was not necessary to address all the points made by counsel for the defendants to arrive at a conclusion since each claim was “fatally flawed” and “totally without merit”. He said that “in all the circumstances”, he would strike out both claims.

He pointed out that the claim forms and particulars of claim did not contain “any properly particularised claim against any defendant”.

He referred to previous judgments as to why Mr Miller’s belief that Purple Haze held rights to the relevant Jimi Hendrix performances was flawed. He pointed out that the three lawyers were in any case “all protected by judicial proceedings immunity”.