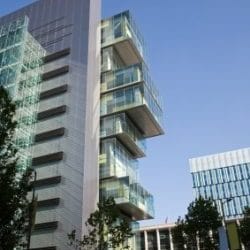 The High Court has transferred a judicial review claim issued in London to Manchester as it “makes best use of court resources” and means the Royal Courts of Justice (RCJ) are not over-burdened.

Highlighting the capability of regional court centres, Mr Justice Fordham stressed that London was not “somehow a ‘national’ venue for ‘national’ public authorities”, in this case the Financial Services Compensation Scheme (FSCS).

Both parties in the case initially objected to the ‘minded to transfer’ order made by Martin Lee, an Administrative Court lawyer, but the claimant – who is based in the North-West, along with her solicitors and barrister – later dropped her opposition.

Yvonne Fortt said she issued her claim in London because of the location of the FSCS and its lawyers, and because “the decision being challenged by this permission application affects complainants throughout England and Wales”.

The case concerns self-invested pension plan operators’ obligations and potential liability to their clients. Among the reasons given by Bevan Brittan, for the FSCS, in opposing the transfer was that the Administrative Court and Court of Appeal in London have been engaging with other similar claims.

This meant, the firm argued, that there was “a body of knowledge amongst many of the judges sitting at the RCJ which would be beneficial and ensure efficiency at the permission stage and any substantive hearing”.

Fordham J said the “general expectation” was that proceedings would be administered and determined in the region with which the claim has the closest connection.

Here, that was Manchester, with the judge saying that using the regional Administrative Court “makes best use of court resources and serves not to over-burden the RCJ”.

The court in Manchester has “the capacity and resources, alongside its workload, to determine the claim in an appropriate time frame”.

While the defendant had highlighted the difficulty and costs of travelling to and staying in the north – especially given that it is funded by financial services firms – the judge noted that the train took only a little over two hours and the reverse would be true for the claimant and her lawyers if the case stayed in London.

He continued: “As Mr Lee observed, the defendant is providing ‘a national service’. There is nothing, in my judgment, about the ‘national’ nature or spread of a public authority’s work which necessarily indicates that the RCJ in London is the appropriate venue.”

London was not “somehow a ‘national’ venue for ‘national’ public authorities”.

He added: “It is the claimant’s claim. The impact is primarily for her, where she is. The impact is spread among financial services firms (through the levy).”

Fordham J said the argument about the body of knowledge at the RCJ was “overstated”. The three most recent judicial review cases on Westlaw involving the FSCS were decided by two relatively recently appointed High Court judges and the third by a deputy High Court judge.

“The regional Administrative Court has a team of ticketed specialist judges – many of them with cross-over expertise in commercial and regulatory work – well able to deal with the issues which arise in judicial review cases involving the defendant.

“Added to that, there are – each term – visiting High Court judges sitting in the regional Administrative Court, who are the very same personnel who would be allocated these cases in the RCJ.

“Having considered the nature of the claim, I can be confident that there will be suitable knowledge and experience, no injection of inefficiency, and no injection of delay.”