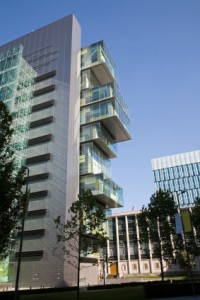 A local authority’s refusal to offer a law firm tenant a new lease was “an act of retaliation, pure and simple”, to punish the firm for bringing personal injury claims against it, the High Court found last week.

Upholding a claim for judicial review, HHJ Stephen Davies found that Blackpool Borough Council had abused its powers when it refused to renew the lease North Solicitors had in one of its properties.

The council explicitly told the firm, founded by Joanna Trafford, that it was on a “blacklist”, and in an e-mail complained that its corporate insurance policy was reaching “unprecedented levels” as a result of an increasing number of highway tripping claims brought against it.

The e-mail continued: “In broad terms the council’s view is that the practice of North Solicitors, and other similar personal injury lawyers, runs contrary to the interests of the council. We cannot dictate the nature of the work that you do, but we are in a position to review who resides in our tenanted properties.”

The Administrative Court in Manchester found that the decision was illegal, irrational and procedurally unfair. Though the council did have a wide discretion, and could properly take into account the nature of a tenant’s business, in this case the only consideration to which it had regard was “its desire to punish the claimant”.

HHJ Davies emphasised that North Solicitors had doing nothing wrong in pursuing claims against the council. “The exercise of a power with the sole or the dominant intention of punishing the claimant and subjecting her firm to a detriment, in circumstances where there was no evidence that the claimant was actually doing anything at all unlawful or improper, was in my judgment the intentionally improper exercise of the power conferred on the defendant and the exercise of that power for unauthorised purposes.”

The court also received a letter from the Law Society in support of the solicitors, describing the council’s actions as “inimical to the rule of law”.

The society added: “It is of serious concern that a public body would seek to use its general powers to act so as to punish and/or dissuade solicitors from representing individuals in claims against the state.”

Ms Trafford said: “I am relieved to have been vindicated by the High Court, and grateful to have received the backing of the legal profession.

“While everyone has their own views of lawyers, they are necessary to protect people’s rights and stand up against abuses of power by government. The High Court in this judgment has held that Blackpool Council, in deliberately seeking to punish me for representing claimants, was itself abusing its power.”

A council spokesman said it was “bitterly disappointed” by the ruling.

Though the remedy has still to be decided, the judge said he was minded simply to quash the council’s decision not to accept any application from the firm for a new tenancy.