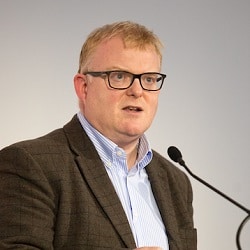 Disciplinary proceedings are not a “criminal/civil hybrid” and tribunals may draw adverse inferences from respondents staying silent, the High Court has made clear.

He went on: “Disciplinary tribunals are part of the regulatory scheme which governs the relationship between professional associations and individuals who practise that profession and, as a condition of doing so, sign up to that scheme.

“In form they may have ‘charges’ in the form of alleged breaches of the regulatory scheme under which the individual operates, which are ‘prosecuted’ by the relevant regulatory authority; and, of course, disciplinary tribunals have the power to impose sanctions for breaches which may have very severe consequences for the individual involved.

“However, as the courts have repeatedly emphasised, disciplinary proceedings are civil and not criminal proceedings.”

Hickinbottom LJ said this was not changed by article 6 of the European Convention of Human Rights, which protects rights to a fair trial.

“It is true that, because they concern important rights and may result in severe consequences for an individual, disciplinary proceedings often demand strong procedural safeguards including some safeguards regarded as essential in criminal proceedings.”

However, this did not mean that disciplinary proceedings were criminal, “or even a criminal/civil hybrid”, the judge said.

“They are civil proceedings in respect of which procedural fairness sometimes requires particular steps to be taken, including some of those specifically identified in article 6(2) and (3) as vital in criminal proceedings” such as the requirement to be properly informed of the nature of disciplinary charges against you.

The MPT concluded that it had the power. Dr Kuzmin launched a judicial review, arguing that the MPT “cannot in any circumstances draw an adverse inference from him remaining silent”.

Hickinbottom LJ said no policy or guidance change by a professional regulator “could possibly change a common law rule” established by the courts.

So when the Solicitors Disciplinary Tribunal (SDT) introduced a new practice direction in 2013 on adverse inferences to be drawn where solicitors failed to give evidence, the language clearly indicated that, although it may have been the practice of the tribunal not to take into account failure to give evidence, this was “merely a practice” and not a common law rule.

The judge agreed with counsel for the MPT that not only did the MPT have the power to draw adverse inferences from silence, but it was “in the public interest that it should have that power”.

Paul Bennett, partner and regulatory specialist at Bennett Briegal, said: “This judgment will hinder the use of the fairly common assertion that criminal safeguards should be employed because of the professional consequences and therefore the proceedings should attract a higher degree of procedural safeguards.

“The argument has run that such proceedings should be treated as criminal despite not being so. As a consequence it will be particularly helpful to prosecuting bodies and will hinder respondents’ legal teams.”

Mr Bennett went on: “Drawing adverse inferences will only occur when strong procedural safeguards are in place and the prosecuting body has met the threshold of a suitable warning.

“The strong procedural safeguards necessary will inevitably be reviewed by legal and other tribunals and not just healthcare tribunals.”

He added: “The inequality of arms, resources and access early stage advice all stack the odds in favour of regulators already, so the onus really now shifts to tribunals to apply the facts to the principles carefully, weigh up the prejudice against the individual, to assess the quality of any warnings given to the practitioner who remained silent and to focus on the fairness of the proceedings.”