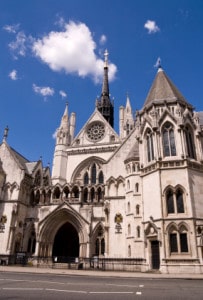 Granham J: “these were not unfocused allegations of dishonesty”

A High Court judge has said there is a “strongly arguable case” that collapsed firm Blavo & Co, formerly the UK’s leading mental health practice, made “many thousands” of false legal aid claims.

The court heard extraordinary evidence from the Legal Aid Agency (LAA) that Blavo & Co made 24,658 claims for attendance at tribunals, of which only 6% were recorded by HM Courts and Tribunals Service (HMCTS) as having taken place.

The LAA said that in at least 98 of 144 randomly selected cases, NHS trusts had no record of a Blavo & Co client being a patient. In one case the hospital had no mental health facilities, while in another the mental health unit had burnt down and was not operational.

Mr Justice Garnham said that following the collapse of the firm – which the Solicitors Regulation Authority closed down [2] last October, and was compulsorily wound up at the end of November after creditors began calling in debts – the LAA claimed £22.37m from Blavo & Co under its civil legal aid contract.

The Lord Chancellor, on behalf of the LAA, applied to the court for a freezing order against John Blavo, formerly managing director of Blavo & Co, which was initially granted by the High Court in November, until a hearing could be held. This was held by Garnham J in December, and the ruling published today.

The court heard in Lord Chancellor v Blavo that the LAA’s contract management team carried out an audit of the law firm last summer. As the files examined contained little or no information to support the work that had been claimed for, 49 files were passed to the counter fraud team for further analysis.

Mark Stewart, an investigator in the counter fraud team, told the court that HMCTS confirmed that in 42 of these cases, there were no records of tribunal proceedings.

The LAA then undertook a further comparison of all mental health tribunal claims against the HMCTS system and, as a result, it was found that Blavo & Co had “submitted a total of 24,658 claims for attendance at tribunals of which 1,485 (6%) tribunals were recorded by HMCTS as having taken place”.

Mr Stewart said that the LAA used an “electronic sampling tool” to randomly select 144 cases for further investigation, across the previous three financial years. He said that “only 3%” of these could be evidenced from HMCTS records.

Of the 101 NHS trusts which responded to the LAA’s enquiries about these cases, only two trusts could say that the client was in hospital at the time that Blavo & Co submitted its claims for legal aid work, and a third that the client went to hospital six months afterwards.

In 98 other cases, the trusts said they had no record of the clients being mental health patients – one trust saying that “at the relevant time, it had no mental health facilities”, another that the “mental health facility had closed in 2008 and burnt down in 2010, so was not operational at the time the tribunal allegedly took place”.

Mr Stewart said that “in addition to the initial 42 false claims identified”, the LAA was satisfied that the further 98 claims on the legal aid scheme were “false and so fraudulent”.

Garnham J said “these were not unfocused allegations of dishonesty” but “went to the heart” of the claim for a freezing order made by the Lord Chancellor and the risk that assets would be dissipated.

The court heard that by last October, the law firm had handed over only four of the 23,000 files requested by the LAA.

Mr Blavo responded by pointing out that, in each of those four cases, the LAA accepted that work had been done and rescinded its nil assessments, meaning “it would not be safe for the court to conclude the same might not be true in all other cases”.

But the judge said he did not accept that this meant he should have no regard to the LAA’s evidence.

Mr Blavo also argued that the reason for the discrepancies in the records may lie in the multiple mergers the firm had undertaken – but the judge said virtually no evidence to support this had been adduced.

In response to Mr Blavo’s complaints about the difficulty the firm had had in retrieving the files demanded by the LAA, the judge said he found it “surprising in the extreme” that it could not do this and “extraordinary” that they could not “recover a far greater number of files than they did”.

Garnham J said the Lord Chancellor had shown that there were “real grounds for suspecting dishonesty” on the part of Mr Blavo.

Stressing that he was making “no definitive findings of fraud, dishonesty or deliberate impropriety” against Mr Blavo or Blavo & Co, Garnham J concluded: “There is in my judgment a strongly arguable case that the respondent [Mr Blavo] was party to an arrangement whereby false claims were submitted to the LAA in many thousands of cases.

“There is, furthermore, evidence of a less than scrupulous approach by the respondent to his duty of disclosure to the court in response to this claim for injunctive relief and some evidence of a recent attempt improperly to put property beyond the reach of the applicant.

“Taking these matters together, there seems to me to be a real risk that any judgment would go unsatisfied because of the disposal by the respondent of his assets unless he is restrained from disposing of them.

“Given the sums of money involved and the admitted financial difficulties the respondent has experienced it is, in my judgment, just and convenient in all the circumstances to continue the freezing order.”