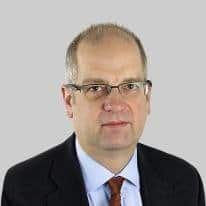 Miller: ‘lack of integrity’ may wither away

The High Court ruling last week that said a lack of integrity on the part of a solicitor is the same as dishonesty could cause regulators real problems when prosecuting cases where they are not sure they have enough to establish dishonesty, it has been claimed.

In Malins v SRA, Mr Justice Mostyn found that the “legal and dictionary definitions” of the words honesty and integrity were aligned and synonymous.

This would explain why the Solicitors Regulation Authority’s principles “do not additionally require a solicitor to act with honesty”, he said.

Iain Miller, a partner at City firm Kingsley Napley who prosecuted for the SRA for many years, said the judge’s conclusion was “surprising” given that it necessitated a departure from the distinction drawn between the two concepts by Lord Bingham in the 1994 case of Bolton v The Law Society, the Court of Appeal authority on solicitors’ misconduct.

Mostyn J recognised this but said “no attempt was made to explain the difference between the two concepts”, and went on to find there was no difference.

Mr Miller said Mostyn J’s conclusion was “perhaps more understandable” given his ruling in the 2015 case of Kirschner v The General Dental Council, where he indicated that the standard for dishonesty in professional discipline cases should be the lower and less subjective civil standard.

“If the dishonesty test is lower, then perhaps the overlap with lack of integrity is greater. In practice the effect of the Malins decision is we have moved away from a clear understanding of how these two terms interact.”

Mr Miller said of even greater significance to regulators was “the real conundrum” that the Malins judgment created when Mostyn J said: “It is elementary, and supported by abundant authority, that if you are accused of dishonesty then that must be spelt out against you with pitiless clarity. In my judgment, you cannot circumvent this obligation by pleading the same facts and matters as want of integrity.”

“Every existing allegation of lack of integrity is now vulnerable to a submission that it cannot succeed because dishonesty is not pleaded. If so, lack of integrity has lost the very reason regulators rely upon it which as an allegation that is more serious than misconduct but where they are unlikely to get home on dishonesty. As such it may simply wither away.”

The SRA has indicated that it may appeal the ruling so as to settle the issue.