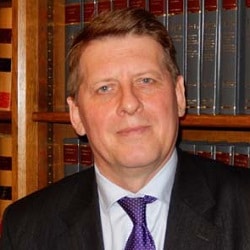 Cook: Many of the criticisms made with the benefit of hindsight

The High Court has rejected an “unmeritorious” negligence claim against a barrister brought by a former law lecturer acting as a litigant in person.

Master Cook said Mansing Moorjani turned down a part 36 offer of £10,000 in a housing disrepair case, only to fail to beat the offer both at the High Court and Court of Appeal, with serious costs consequences.

Desmond Kilcoyne of 42 Bedford Row represented Mr Moorjani on a direct access basis but Mr Moorjani rejected the barrister’s advice, which he acknowledged was to accept the part 36 offer, and made “no realistic counter proposals”.

Mr Kilcoyne represented him at the High Court in 2013, where he was awarded damages of £1,500 and ordered to pay 50% of the costs of the former freehold owner of the flat.

Mr Moorjani appealed to the Court of Appeal, where he was represented by a different barrister. The court ruled in 2015 that he should be awarded £8,880 in damages. The earlier costs order was substituted by no order for costs.

Master Cook said Mr Moorjani claimed that Mr Kilcoyne had been negligent in relation to another housing claim, this time against the owners of the flat above his one.

In this case he accepted an offer to settle the claim for £16,000 in 2013, but the offer said nothing about costs. Mr Moorjani applied to the court, which made no order for costs. He was not represented by Mr Kilcoyne in this application.

Master Cook said Mr Moorjani had drafted his own particulars of claim for the negligence action, which, despite telling the judge he had been a law lecturer before his retirement, he had done “in a narrative style and it is not at all easy to separate the narrative from the alleged breaches of duty”.

In essence, the master said, the claim was that if Mr Kilcoyne had presented his case properly Mr Moorjani would have recovered damages of more than £10,000 in his first housing action and would not have had to pay the defendant’s costs. He would also have recovered his own costs.

The master said it was “more difficult to understand the nature of the allegations” made against the barrister in relation to the second housing case.

These were that they were an abuse of the court, an “impermissible collateral attack” on the judgments of the High Court and Court of Appeal, there were no reasonable grounds for bringing the claims or alternatively for summary judgment on the grounds they had no real prospects of success.

Master Cook commented: “It was apparent to me that the claimant has spent a great deal of time analysing and reviewing the papers relating to this case, he has become immersed in the detail to such an extent that he could not, on occasion, see the wood for the trees.”

The master said the majority of the criticisms made by the claimant of the defendant’s conduct of the trial were made “with the benefit of hindsight and at a granular level”.

Master Cook concluded: “Having reviewed the material before me in detail, I have no hesitation in coming to the view that this is an unmeritorious claim against a barrister arising out of his advocacy in court

“In the circumstances I conclude that the allegations which have not been struck out have no reasonable prospects of success and should be summarily dismissed.”