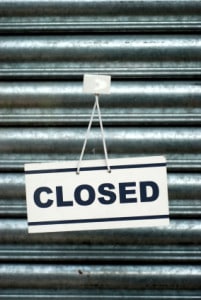 Closed for business: reopening firm not in the public interest, says judge

A rare bid by a solicitor to overturn an intervention into her practice has failed in the High Court, with the judge finding there was good reason to suspect dishonesty.

There has only ever been one successful challenge to an intervention, and that was overturned on appeal.

Rajeswary Ramasmy was a sole practitioner with a small number of employees trading as East London firm Thames Chambers Solicitors. The Solicitors Regulation Authority (SRA) closed it down last summer on the grounds of possible dishonesty.

In Rajeswary Ramasmy v The Law Society [2016] EWHC 501 (Ch), HHJ Behrens, sitting as a High Court judge in Leeds, heard that the bulk of the SRA’s allegations against Ms Ramasmy were that she employed a struck-off solicitor, allowing him to conduct litigation and take part in the running of the firm, while later dishonestly denying this.

The SRA claimed there were also a number of instances in which Ms Ramasamy sought to claim VAT on the firm’s fees from non-clients (one of which was the SRA Compensation Fund), despite not being VAT registered or therefore having any entitlement to do so.

Ms Ramasamy argued that the SRA had not provided clear or cogent evidence to support its allegations, and in any case they might support a disciplinary sanction if proved, but not an intervention.

The court recorded that the struck-off solicitor, Rajesh Singh Pathania, had become a client of Thames Chambers mainly in relation to around 30 money claims against former clients to whom he had made loans.

The SRA investigated three times whether Mr Pathania was employed by Ms Ramasamy without the regulator’s authority. In the first one in 2012, she admitted that Mr Pathania had overstepped the mark but stated that what he had done was without her knowledge. No further action was taken, while on the second occasion there was felt to be insufficient evidence. The third investigation led to the intervention.

The judge said his role was not to make findings of fact – meaning there was no cross-examination of the witnesses – but that it was for the SRA to establish that there were grounds for suspecting dishonesty.

With one exception – a potential negligence issue which he said was not a disciplinary matter and could not form part of the overall picture – the judge said there were.

On the VAT allegation, HHJ Behrens said: “After taking into account Mrs Ramasamy’s explanations, I am satisfied that that there is good reason to suspect that her conduct in claiming the VAT was dishonest by the ordinary standards of reasonable and honest people and that she realised that by those standards her conduct was dishonest. The documents speak for themselves and in my view the evidence is both clear and cogent.”

He came to similar conclusions on relation to the other allegations, and then had to weigh the risks of reinstating Ms Ramasamy in her practice against “the potentially catastrophic consequences to her (and the inconvenience, and perhaps real harm, to her existing clients) if the intervention continues”.

For the SRA, Jeremy Tabachnik highlighted that dishonesty was still alleged, adding: “The [SRA’s] primary concern on this aspect of the case is that, if the intervention were ordered to be withdrawn and the practice restored to Mrs Ramasamy, she would resume her quasi-partnership/professional relationship with [Mr Pathania], such that the latter would once again have a front through which to service his friends/putative clients.

“In light of [Mr Pathania’s] adverse regulatory history, this is not an outcome which the [SRA] would regard as in the public interest.”

The judge concluded: “In my view there is force in Mr Tabachnik’s submissions which I prefer. The application to withdraw the intervention is refused.”