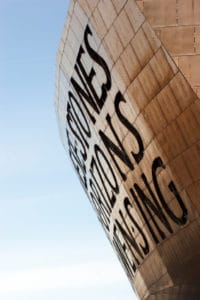 A solicitor who made multiple complaints against two barristers who acted for the claimant in litigation in which he was a defendant, has failed in an application to judicially review the Bar Standards Board’s (BSB) decision to dismiss the complaints.

The solicitor, media law specialist Michael Henry, was also warned that he would be made subject to a civil restraint order (CRO) if he continued litigating as he had been.

Mrs Justice Whipple explained that the underlying legal case concerned Quick Draw Ltd lending money to Global Live Events (GLE), in relation to a Michael Jackson tribute concert at the Millennium Stadium in Cardiff in October 2011. GLE was in administration by the time of the trial.

Mr Henry was also a defendant as he was responsible for all the contractual documents drawn up to evidence the loan.

Quick Draw won in 2012, with the judge finding that the conduct of Mr Henry and another defendant fell short of that expected of ordinary honest individuals with their knowledge and experience, and that they were both guilty of a dishonest assistance in breach of trust by GLE.

Mr Henry sought permission to appeal to the Court of Appeal but he was refused permission and that application was certified as being totally without merit.

Quick Draw was represented by two barristers and media law firm Wiggin, all of whom Mr Henry accused of making false representations during the proceedings. He complained to their respective professional bodies.

The Solicitors Regulation Authority (SRA) refused to pursue the complaint against Wiggin, a decision that was upheld after an earlier application by Mr Henry for judicial review was refused.

In all, Mr Henry has made 337 complaints against the barristers. The BSB’s professional conduct committee (PCC) split them into two tranches, the first dealing with just six complaints, all of which it rejected. There are separate proceedings over the BSB’s decision in the other 331.

Whipple J said: “The issue for me is whether there is any arguable error of law in the PCC’s conclusions or reasoning. I do not believe there is. The PCC was quite entitled to conclude, on the evidence before it, that there was insufficient evidence to prove to the criminal standard that there had been any misrepresentation and to dismiss the complaints on that basis.”

She went on to consider whether to make a CRO even though in this case Mr Henry’s grounds for seeking judicial review were “not so poor that I should classify them as being ‘totally without merit’”. However, he has previously brought four other unsuccessful judicial reviews against the BSB and SRA, and another one is pending against the SRA, the judge observed.

But accepting assurances from Mr Henry that he would in future only conduct proceedings with representation by counsel, the judge did not make a CRO “at this time”.

“This judgment will be public, and will doubtless be brought to the attention of any court which strikes out or refuses any further action or application by Mr Henry on the basis that it is totally without merit. Mr Henry has been warned.”