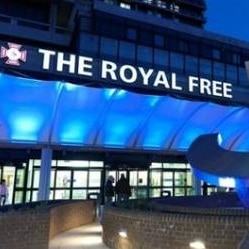 The High Court has rejected a libel claim by a woman who an in-house lawyer suggested in an email had potentially acted fraudulently.

It emerged that the claimant, referred to only as ZC, admitted using false names in her dealings with a London hospital and “falsifying” a genuine email she had received from a court.

Mr Justice Julian Knowles found that the contents of the email sent by the in-house lawyer at the Royal Free NHS Foundation Trust were “substantially true”.

In ZC v Royal Free London NHS Foundation Trust [2019] EWHC 2040 (QB), the claimant had been involved in an “incident” with her GP, Dr X, and said she needed hospital treatment as a result.

She attended A&E under a false name, where she was treated, and reported the matter to the police, who took no action.

She then began a private prosecution against Dr X and was told by a judge to obtain a medical report from the hospital doctor who treated her.

The judge said ZC, a litigant in person, had admitted falsifying an email from the court concerning a request for an adjournment, adding in a request from the court that the hospital obtain a written statement from one of the doctors that treated her, Dr Suliman.

“The claimant admitted that she used false names in her dealings with the hospital in order to obtain treatment. Notwithstanding her professed reasons for doing so, I find that that was also dishonest.”

Julian Knowles J said ZC repeatedly maintained her false identity to hospital staff, and “lied three times” in a phone call to the hospital, claiming to be from a hospital and from a research team in order to get Dr Suliman to the phone.

The judge said the conduct revealed a “pattern of dishonest and fraudulent behaviour by the claimant in relation to the defendant”.

The email sent by solicitor Joanne O’Sullivan, deputy head of legal services at the hospital trust, to an administrative assistant at Central London Magistrates’ Court, arose from her concerns about the request for the statement.

She wrote that ZC had been holding herself out to be at least four different individuals, and that the emails purporting to be from the court had been “falsified to lead us to believe that they relate to an alleged prosecution of a clinician at our trust. This is most serious indeed”.

She added: “We have notified our NHS Fraud Investigation team who will be taking measures internally to deal with this matter.”

ZC said this defamed her in numerous ways, but Julian Knowles J ruled that the defendant’s defence of truth succeeded because the “imputations” in the email that ZC was dishonest and fraudulent were “substantially true”.

“Ms O’Sullivan was an honest, truthful and straightforward witness who was able to support her evidence in significant part by reference to her contemporaneous attendance notes.

“I also reject the claimant’s suggestions in her witness statement that Ms O’Sullivan was actuated by malice and improper motives towards the claimant.

“I accept Ms O’Sullivan’s evidence that throughout she was concerned to protect patient confidentiality in the face of a request for a statement from a doctor from a person whose identity could not be verified and who (as it now transpires) had manufactured an email from a court.”

Julian Knowles J dismissed the libel claim and ZC’s further claims of breach of privacy and article 8 of the European Court of Human Rights, saying she could not have a “reasonable expectation of privacy” in the use of false names.