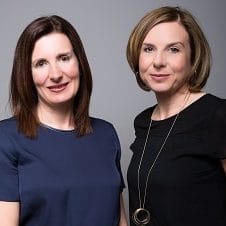 A senior High Court judge has granted declarations making it clear that an online service has not broken conflict of interest rules or the Legal Services Act by helping divorcing couples draft their own documents and not use lawyers.

In a highly unusual ruling, Mr Justice Mostyn said there could be “no doubt” that amicable had “greatly improved access to justice for many people” disenfranchised by the removal of legal aid.

The company, which was set up by a divorce counsellor and a tech specialist and began by launching an app three years ago, aims to help “separating couples part ways on amicable terms, without spending thousands of pounds on lawyers”.

It provides a divorce coach to help both parties agree their financial and children arrangements, and manages the legal documents and court correspondence,

She said that, before setting up amicable, she spoke to Crispin Passmore, then executive director of policy at the SRA, who gave her confidence that amicable was “doing nothing wrong and in fact was doing the right thing”.

When the SRA rejected the judges’ complaints in 2018, Ms Daly said one of the judges complained to Mr Justice Moor, Family Division liaison judge for the South-Eastern Circuit.

“We would hope that everybody sees this ruling as a positive step forward which helps keep people out of the overloaded family courts,” Ms Daly said.

Predicting that the judgment would “change the legal landscape forever”, she said it meant “more amicability” in divorce and separation, which would be a “great thing”.

She added that amicable, based in South West London, was looking to “expand rapidly this year”, on the back of two further funding rounds. Its first, in late 2017, raised nearly £500,000.

Referring to the complaints about amicable, Mostyn J said that Moor J responded by ordering an application for a financial remedy order in the case of JK v MK, which involved a married couple with no children or capital assets, to be listed at the High Court.

It was a simple clean break and amicable charged the couple £300 for the divorce and £300 for the financial consent order. Its premium divorce service costs £2,850.

Delivering judgment in JK v MK [2020] EWFC 2, Mostyn J said: “There can be no doubt that the initiative of amicable has greatly improved access to justice for many people effectively disenfranchised from the legal process by the near total withdrawal of legal aid from private family law proceedings on 1 April 2013.”

The judge said amicable had been “investigated by the SRA” and quoted from an email sent to amicable by the investigation officer in December 2018 praising amicable’s model as “an example of innovative working”.

Mostyn J said the kind of service provided by amicable was unregulated, raising “policy questions which are outside the remit of this judgment and on which I express no opinion”.

Despite its “clear social benefit”, amicable was “subordinate to the law” and would have to change its business model if it was doing anything unlawful.

The judge said amicable had a system of “red flags” which were hoisted when circumstances were revealed which could give rise to a conflict of interest.

“These red flags include any domestic violence including psychological abuse; alcoholism or mental health issues; where one party has already instructed a solicitor; where one party is unprepared to negotiate and where there is a suggestion that assets have not been fully disclosed.

“On such a flag being waved, amicable will decline to accept the case and send the parties to solicitors. In my judgment the existence of these red flags entirely neutralises the risk of any conflict of interest arising.”

Mostyn J said a declaration should be made that amicable was not “placed in a position of conflict of interest” under its business model.

The judge said the “giving of legal advice per se” by a non-lawyer was not prohibited under paragraph 4 of the schedule 2 of the Legal Services Act, which deals with the conduct of litigation as a reserved legal activity and the performance of “ancillary functions” to it.

Mostyn J said separating parties who accepted advice from a brother or an accountant in drafting documents would not fall foul of paragraph 4.

In the same way “nothing that is done by amicable” transgressed it, and he granted amicable a declaration confirming this, adding that covering letters sent with documents to the court should not be on amicable’s notepaper.

On reserved instrument activities, set out in paragraph 5 of the LSA, Mostyn J said it was “obvious from the use of language that the draftsman is speaking of legal documents which create, settle, transfer or otherwise dispose of a legal or beneficial interest either in realty or personalty”.

He said the only use of “instrument” in the divorce context involved security for payments and property adjustment orders.

The “drafts which amicable have helped come into existence are not within its scope”.

If he was wrong about this, Mostyn J said it was his “clear view” that an unqualified person would not have “prepared a document for use in legal proceedings” unless she or he had been a “major contributor to its drafting” and had “filed the document with the court”.

He said that amicable “files nothing with the court” and all filing was done by customers.

Mostyn J said there should be further declarations that amicable did not violate paragraph 5.

He added: “The declarations made in this case relate only to amicable. Other online divorce facilitators (and there are many) can only rely on them if their business models are virtually indistinguishable from amicable’s.”