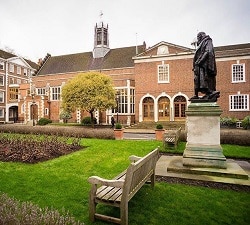 A disbarred barrister whose bid to rejoin Gray’s Inn and starting practising again after 15 years was refused has lost an appeal to the High Court.

An inns’ conduct committee (ICC) said there was insufficient evidence to rebut the inference that Joseph Sykes would reoffend.

He was called in 2001, but two years later a disciplinary tribunal found various charges of professional misconduct and inadequate professional service proved and disbarred him. In 2005, most of the findings were upheld on appeal to the Visitors to the Inns of Court, as was the sanction.

The Visitors recorded that the offences involved taking instructions direct, supplying legal services through a company, handling client settlement money, directly demanding a payment for a client as a pre-condition of working on his case, leaving two separate clients in the lurch close to employment tribunal hearings, and racial abuse of a solicitor with whom he had a commercial dispute.

Following his application to rejoin Gray’s Inn in 2016, the ICC found that “as of now Mr Sykes is a man of good character” and there was neither then nor at the time of the disbarment any question of dishonesty.

Mr Sykes argued before the ICC that his previous problems stemmed from the running of his practice and that he would have to undertake some form of training.

The ICC, though, said there was no evidence “as to any positive efforts from him to even begin to learn about these matters and alter his approach to the running of a practice…

“It was striking that during the hearing Mr Sykes said that he ‘didn’t really draw breath’ after the decision to disbar him but, rather, he continued to work for clients much as he had done before.

“It appeared to the [ICC] that there had been a lack of adequate or appropriate reflection by Mr Sykes upon the disbarment decision, either at the time or since.”

The ICC unanimously concluded “that there are not sufficient relevant/mitigating factors to rebut the inference that the past record is indicative of future conduct.

“The personal progress and change since the disbarment in 2003 as reaffirmed in 2005 is not sufficient to allay the concern of this panel that the ten core duties [in the BSB Code of Conduct] and matters set out in the guidelines [for the ICC] would not be followed.”

The BSB panel upheld the decision, and Mr Sykes challenged that outcome on multiple grounds.

He told the High Court that in the years since his disbarment, he has had a successful practice as a trial advocate in employment, immigration and tax tribunals, and as an advisor and draftsman in civil matters and appeals.

He said his application for readmission was the result of “repeated requests” by solicitors and clients who wanted him in court, “repeated encouragement” from members of the judiciary to return to the Bar, and because he could broaden his practice.

However, Mr Justice Supperstone found no merit in any of his attempts to impugn the panel’s decision.

The ICC had been “properly focused” on the central issue of whether Mr Sykes provided “sufficient evidence of both insight into and remediation of the conduct that gave rise to his disbarment”, the judge said.

“In the view of the panel, ‘it was clearly relevant to determine the applicant’s views of his previous behaviour and the findings of the Visitors. Further, it was of note to explore what Mr Sykes may have done to alter his conduct and whether and to what extent there had been personal progress and change – as we are invited to do by the applicant’s own written submissions’.

“Mr Sykes plainly knew that he had to demonstrate progress and change.

“In my judgment these were findings that the ICC was entitled to make on the evidence and the BSB was equally entitled to conclude as it did on the review.”

Supperstone J also rejected various, more technical challenges to the panel and ICC’s decisions, including that the panel dealt with the case on the papers.

Mr Sykes had not asked for one, the judge noted, and “in any event compliance with article 6 [the right to a fair trial] does not always require an oral hearing.

“Whether it does or does not depends on the nature of the decision-making regime and the individual circumstances of the case.

“All of the issues in the present case were perfectly capable of being adequately resolved by the panel on paper.”