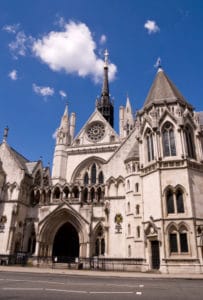 High Court: sufficient tensions for no duty to claimant

A High Court judge has dismissed a negligence claim against London law firm Farrer & Co in a case involving a client with a $300m (£231m) trust fund.

The client, Peter Cundill, was dying from a rare incurable illness, and in 2008 wished to give his intimate companion, Tina Chantal Joseph (CJ), a gift of around $10m in cash from the trust fund, in addition to having bought her a flat.

The trustees of the fund – which was located in Bermuda – refused, but agreed to pay her £5m, split into 10 six-monthly payments of £500,000. They decided to stop the payments after £1m was paid, alleging her interference in his care arrangements.

After Mr Cundill died in 2011, CJ claimed Farrer & Co solicitor Richard Parry had owed her a duty of care in relation to the matter and that the firm was negligent.

Dismissing the claim in Joseph v Farrer & Co LLP [2017] EWHC 2072 (Ch), decided in May but published this week, His Honour Judge Purle QC found there was “no sustainable claim for negligence” because “there were… sufficient tensions between the interests of the claimant and the interests of Mr Cundill [not] to burden Mr Parry with a duty to act in both their interests”.

These tensions included Mr Cundill saying that he was happy for his care arrangements to continue unaltered but he also wanted to “appease” CJ by changing them. The judge continued: “This tension… makes it inappropriate for any duty to be imposed.”

The judge praised Mr Parry for “the obvious conscientiousness” he showed towards the interests of Mr Cundill, and “the delicate balance that he sought to achieve between giving effect to his client’s wishes and ensuring that he was not the victim of his own folly”.

Judge Purle continued: “I bear in mind therefore that we are not talking about, from Mr Cundill’s perspective, life-changing amounts, but from the claimant’s perspective of course these were very significant amounts…

“Having determined that it was not prepared to make an outright gift upfront, the donor was entitled to review its decision before it came to approve the gifts which technically were during his lifetime to be made to Mr Cundill, but knowing he was going to make a gift of the sums in question to the claimant.

“The claimant ran the risk of the donors, being the trustees, changing their minds, and there was no duty on Mr Parry or his firm to prevent that state of affairs from coming about.

“Accordingly, the claim must be dismissed.”