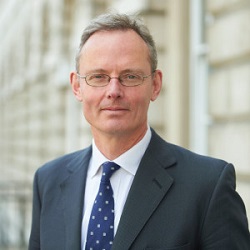 Miles: Legal fees exception does just what it is meant to do

The High Court has refused to make an order to prevent future claims on a law firm’s fees that claimants may argue came from stolen funds.

Mr Justice Miles said the claimants would have to overcome “serious legal and evidential obstacles” to bring such claims and there was “no present prospect” of them doing so.

The High Court heard in XX and others v YY and others [2021] EWHC 1833 (Ch) [1] that the claimants, two companies and their respective administrators, alleged that substantial sums had been misappropriated by or for the benefit of the defendants.

The court made a worldwide freezing order against the first defendant last summer and ahead of the latest hearing he agreed not oppose the claimants’ application for a proprietary injunction in respect of his assets as well.

His solicitors, City firm Bivonas Law, argued that they would be unable to continue to act for him unless the court made an order that eliminated the risk of the claimants pursuing legal action against them.

The judge explained that the law firm and counsel were concerned that, if the claimants succeeded in their claims against the first defendant, who was subject to a freezing order, they would “contend that the lawyers are accountable as constructive trustees for any fees they have received in defending the claims”.

He argued that the court had jurisdiction to make an order prohibiting the claimants from seeking to claim any sums paid to his lawyers under the exception for legal fees covered by the freezing order or proprietary injunction.

However, Miles J said this was akin to a permanent injunction: “It would in practice extinguish the claimants’ substantive rights, including rights arising from future events, which are unknown and unknowable.

“Counsel for the first defendant suggested that any order could be made subject to a proviso that the claimants could apply to lift it. I found that hard to follow.

“Such a regime would undermine the protection the first defendant’s lawyers say they need, as they would remain vulnerable to an application to remove it.”

The standard exception in freezing orders and proprietary injunctions providing for the payment of legal fees said “nothing about the underlying claims the claimants may have now or in the future against the solicitors”.

Miles J went on: “It follows that an order containing the standard legal fees exception is effective in accordance with its terms without the need for any ancillary or further orders.

“The exception does just what it is meant to do: it says that payments to lawyers made under it are not caught by the order and are therefore not a contempt of court. No further order is needed.”

Miles J agreed with the claimants that “the risks to the solicitors should not be overstated and that there is a realistic possibility of the first defendant being able to obtain legal representation in the absence of the order now sought”.

The judge said the court was “being asked to sanction the conduct of the solicitors blind, come what may”. He added: “I do not think that the court should do that.”