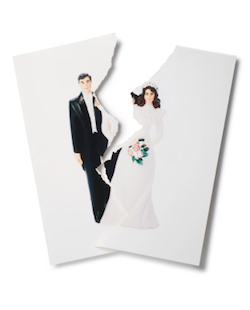 “Very real obstacles” faced by a family law client in bringing a negligence action against a Cheshire law firm did not mean that the claim should be struck out in its entirety, the High Court has ruled.

His Honour Judge Eyre QC, sitting as a High Court judge, said the £1.2m damages claim brought by Riaz Ahmad against Clive G Wood & Co was “untenable” in its current form, but Mr Ahmad should be given the chance to remedy the deficiencies.

In 2010, District Judge Khan ordered Mr Riaz to pay his former wife a lump sum of £465,000 in 2010 and pay the school fees of his three children until they finished secondary school.

He argued that, but for the firm’s negligence, the lump sum would have been no more than £150,000.

Ruling on an application to strike out the claim or give summary judgment, HHJ Eyre said: “In my judgment the claimant will have very real obstacles to overcome in establishing his case. However, it is not possible to say that his claim does not have a real prospect of success.

“If the alleged breaches are established, then the court is likely to accept that further and different material should have been before the district judge. At that stage there will need to be a careful assessment of precisely what that material would have been.”

HHJ Eyre said the claimant set out 16 respects in which he thought the law firm was negligent.

These included “negligently having stated that the matter was straightforward”, that a lump sum was unlikely to be awarded because the claimant’s liabilities exceeded his assets and that there was no need to engage counsel.

Further alleged failures included failing to ask Mr Ahmad to obtain detailed evidence of his assets and liabilities and supporting evidence from his creditors, together with inaccuracies in his witness statement and negligent advocacy.

Mr Ahmad also claimed he had not been given enough time to check his witness statement and he had not been told he would be cross-examined at the hearing. Although he described his written and spoken English as relatively good, it was not his first language.

In its defence, the law firm accused Mr Ahmad of abuse of process by launching a “collateral attack” on District Judge Khan’s judgment.

However, its counsel accepted that the argument that different material should have been put before the judge was not abuse of process.

“Determination of that allegation does not require the court to go back over precisely the same ground as was covered by District Judge Khan and consider whether that judge’s decision was correct,” HHJ Eyre said.

“Instead it requires the court to consider whether fuller material should have been before the district judge and whether there was a prospect of a different outcome in those circumstances.”

HHJ Eyre described the damages claim as “untenable” in its current form, but said Mr Riaz should be given “an opportunity to remedy the deficiencies” before any striking out took effect.

“The damages claim as currently formulated is not open to the claimant but there is provision for that claim to be recast to seek damages by reference to the value of the chance lost by the claimant.”

Rejecting the application for summary judgment, the judge concluded that “parts of the claim are to be struck out and the damages claim must be reformulated but there remains a claim which has a real prospect of success”.