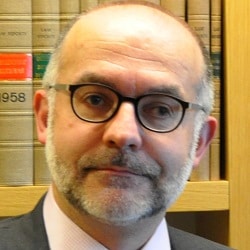 A High Court judge has rejected an application by a law firm to substitute itself for a deceased claimant, on the grounds that it would be a form of champerty.

Mr Justice Marcus Smith said allowing assignment of the late Peter Farrar’s claim to London practice Candey would bring “a very marginal benefit in terms of access to justice, against a number of very real issues in terms of undermining the purity of justice”.

Candey had originally represented Mr Farrar under a damages-based agreement (DBA), and in Farrar and another v Miller [2021] EWHC 1950 (Ch), the firm applied to be substituted for him as claimant because he had then assigned his claim to the solicitors.

Mr Miller opposed this, arguing among other things that it was void on the grounds of champerty.

The judge said that Candey’s position, at its broadest, was that the assignment could be justified “even if it had not been preceded by a DBA” because it was similar in effect to a perfectly proper DBA.

Marcus Smith J said the rules on champerty and maintenance were “not immutable” and “must reflect the times”, which had changed “considerably in the case of litigation funding”.

He went on: “The need for, and importance of, access to justice has rendered proper and lawful transactions that would − in older days − have been caught by the doctrines of champerty and maintenance.”

A further exception had been made by Parliament allowing conditional fee agreements and DBAs – but the purpose of the assignment was to end the DBA here and transfer the claim to Candey. This was simply not allowed under statute.

Candey’s alternative, narrower, argument was that the assignment should be considered “in its context, as a continuation − by other means − of a perfectly proper arrangement”.

The firm recounted that Mr Farrar had agreed to replace the DBA with the assignment because he could not afford to pay all the disbursements and otherwise faced having to drop the case, an explanation the judge accepted, albeit with some evident scepticism.

But, in any case, he held that the advantage provided by the assignment – “in terms of access to justice and viewed purely objectively” – was “marginal”, given that the vast bulk of the future costs of the proceedings would have been borne by Candey under the DBA anyway.

The judge said another reason for Mr Farrar to act as he did might have been to ensure the proceedings would continue even if he was made bankrupt, a possibility that the assignment expressly contemplated.

But “a major problem with the assignment” – and one “not consistent with the purity of justice” – was that control of the proceedings would move “decisively away from the proper claimant and his proper successors in title on bankruptcy and/or death to a party that has – apart from its interest in fee recovery – no legitimate interest in prosecuting the proceedings”.

Another reason the assignment was “objectionable”, the judge went on, was the impact on the law firm’s fees.

“Under the pre-existing DBA, whilst Mr Farrar would only pay uplifted costs if there was a recovery from the proceedings, Mr Farrar would (in such a case) be able to challenge the amount of Candey’s costs and – if necessary – have them reviewed.

“Under the regime established by the assignment, Candey would be acting on its own behalf, and there would be no such control in respect of the costs it incurred in conducting the proceedings.

“Indeed, subject to the 50% maximum on Candey’s recovery laid down by the assignment, there would be no particular incentive on Candey to keep costs low.”

“In my judgment, the assignment creates a very marginal benefit in terms of access to justice, against a number of very real issues in terms of undermining the purity of justice.”

Marcus Smith J concluded that the assignment could not be justified and was champertous, “even given the shift in approach concerning litigation funding”.