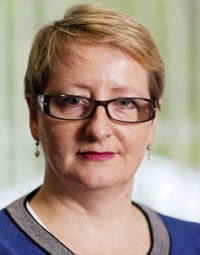 Davies: “We hope advocates will respect the court’s decision”

The High Court has today refused permission to appeal against the recent ruling on the Quality Assurance Scheme for Advocates (QASA).

The judicial review brought by four barristers against the scheme was comprehensively rejected last month, and the High Court said there was no reasonable prospect of them making a successful challenge to it.

Further, there was “no other compelling reason for granting permission to appeal”.

Though “professional concern” about the impact of QASA may have justified commencing proceedings, the court said, it “does not justify them being taken further”.

The claimants have been given until 7 February to renew their application for permission before the Court of Appeal. Despite last month’s ruling, large numbers of criminal law barristers have pledged to boycott the scheme.

Last October the High Court set a £150,000 cap on the costs that could be awarded in favour of the pair, with the other two interested parties – the Solicitors Regulation Authority and ILEX Professional Standards – having agreed not to seek costs.

The claimants, who were represented pro bono and financially supported by the Criminal Bar Association, had sought a costs cap of £15,000. The CBA is seeking donations from members to cover the costs order.

An LSB statement said: “We look forward to seeing QASA being implemented in the measured way set out by the Joint Advocacy Group, allowing for its continued development and evaluation in the light of practice experience and the helpful guidance offered by the High Court.”

BSB director Dr Vanessa Davies said: “We hope advocates will respect the court’s decision and understand that it is our duty to implement a quality assurance scheme. We hope we can now work together in implementing the scheme that it best meets the needs of those we are all striving to serve – the client and the public.”

Ian Watson, CEO of ILEX Professional Standards, said: “The courts have taken a clear position that QASA is proportionate, required, and decided in the right way. There were numerous consultations in the development of the scheme, the concerns of practitioners have been taken into account, and the scheme will ensure the continuing competence of criminal advocates.

“Whilst CILEx advocates have already been meeting QASA standards since IPS began authorising them, registration to the scheme is now required by 30 May 2014. As of 4 February, 110 advocates have registered out of the 397 regulated by IPS.”

Elements of QASA – including the dates for advocates to register for it – are being changed as a result of comments in the judicial review decision.