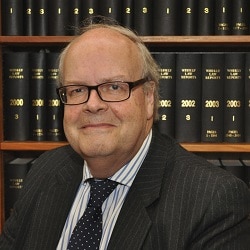 The High Court has referred an immigration law firm to the Solicitors Regulation Authority (SRA) after complaining about “wholly bogus claims are advanced by firms of solicitors who are either inexpert or incompetent, or where the staff are not properly supervised”.

Lord Justice Simon accused Mohammed Mazumder of being a “semi-detached principal” who let his staff do anything clients wanted until the courts raised concerns.

He said five cases had been referred to the Divisional Court after being dismissed as being totally without merit, because of “serious concerns about failures to adhere to proper standards in relation to the conduct of these claims” by Mr Mazumder and others working for him at Heans Solicitors, which has offices in Southampton and East London.

Simon LJ said: “The explanations of what occurred in these cases reveals a common vice in this type of claim.

“Those who have no relevant qualifications, in this case Saladin Khan [a paralegal involved in three of the cases], are employed by a firm of solicitors and put in a position where they are able to advance bogus public law challenges in the Administrative Court.

“The supervision of Saladin Khan was, as Mr Mazumder effectively acknowledges, grossly inadequate.”

The court found that neither Mr Mazumber nor “any back-up system” prevented Mr Khan from engaging in the litigation, “and he was put in a position of being able to carry on his misconduct by using the firm’s email”.

Simon LJ noted that the claim in one of the cases was copied virtually word for word from that of another, including the same typographical errors.

He added that Naser Khan, who was a “fee-earning consultant solicitor” to the firm, drafted one of the other claims even though “he appears to have known” it had no prospect of success and was “entirely misconceived”.

The judge concluded: “Immigration and asylum law is potentially complex and those who practice in this field should be appropriately qualified to do so.

“Where there is merit in the claim, it is vital that it is advanced cogently and dealt with promptly. This is made more difficult if wholly bogus claims are advanced by firms of solicitors who are either inexpert or incompetent, or where the staff are not properly supervised.

“The system becomes clogged up to the prejudice of valid claims.

“The impression one gets of Mr Mazumder is of a semi-detached principal who was content to allow those whom the firm employed and its consultant to do anything that the client wanted until such time as the court drew his attention to what was going on.

“To the extent that his ill health contributed to this, he failed to establish systems that could and should have prevented it.”

This was, Simon LJ said, a “proper case” for referring the case to the SRA for a full investigation. Mrs Justice Andrews agreed.

In his evidence to the court, Mr Mazumder asked the court not to refer the firm to the SRA because it “rarely deals with judicial review cases”, and since February had a new process that required all judicial review Administration Court claims to be settled and signed by counsel.

He submitted that much of what occurred took place when he was away from the office between January and April 2019 due to ill-health.