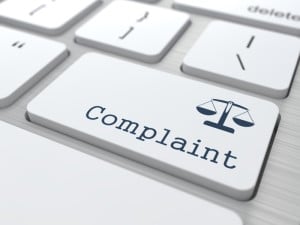 Complaint: only one of eight grounds upheld

The High Court has strongly criticised the Legal Ombudsman (LO) as it quashed a decision sanctioning a barrister for pursuing court action against a direct access client for fees – when the client had not complained about it.

As well as expressing surprise at “the vehemence of the language used by the LO” in its finding against Kidderminster-based John Stenhouse, Mr Justice Coulson ruled that the ombudsman did not have the jurisdiction for his finding, acted in breach of natural justice, and also acted irrationally.

While also upholding a separate finding made against Mr Stenhouse, the judge added: “The LO said in his determination that his office was ‘an alternative to the courts’. In certain circumstances, that is correct, but only if his determinations pass the relatively low threshold required by public law. If, as here, the determination does not even get over that straightforward hurdle, then it is an empty boast.”

Indeed, the judge was scathing about the entire case, which he described as “a sorry saga and one from which nobody emerges with any credit”.

Coulson J said: “There are three volumes of correspondence and other material, and three volumes of authorities. No possible stone has been left unturned by both the claimant and the LO. The costs and the time devoted to the LO’s complaint process and these resulting proceedings are out of all proportion to the sums at stake.

“Some may regard it as one of the great glories of the English legal system that so much effort and public money can go into a claim worth at most £3,000. It is not a view that I share.”

Mr Stenhouse issued a judicial review over two LO findings following a complaint by former client Lucy De La Pasture, who had instructed him on a direct access basis, and under a conditional fee agreement, to assist her in a negligence claim against a surveyor. Almost four years later, in June 2014, she terminated the CFA, and the barrister sought fees of £15,120.

On 11 August, Ms De La Pasture sent a cheque for the sum along with a formal letter of complaint; he declined to cash it on the basis that she was challenging his fees. Mr Stenhouse’s reply the next month was couched in what the court described as “aggressive language”. Amongst other things, he said “your selective and self-serving presentation and your misrepresentations and falsehoods are deliberately dishonest and knowingly false”.

He referred to Ms De La Pasture’s “muddled mind”, knowing that she had suffered a brain injury.

Having learnt that the negligence claim had concluded successfully, Mr Stenhouse also increased his bill to £22,464 to reflect his success fee.

Ms De La Pasture complained to the LO, which determined that she be awarded £600 for distress over the language used in the letter – having dismissed seven other grounds for complaint about the barrister’s actual conduct of the case – and a further £2,609 for the costs caused by Mr Stenhouse’s parallel court action to recover his unpaid fees (which was stayed pending the outcome of the judicial review).

The LO said he had acted unreasonably in not accepting the cheque for £15,120, adding: “I may even go as far as saying that resorting to court to pursue this debt is bordering on an abuse of the court process.”

Coulson J upheld the first sanction: “It is quite clear that both the investigating officer, and the LO, were shocked and surprised at the tone and content of the claimant’s letter of 6 September. In my view, that response was fully justified. The letter is indeed aggressive and discourteous. Some might regard it as dismissive and arrogant.”

However, he quashed the second. Firstly, he said the findings were made without jurisdiction – Ms De La Pasture had mentioned the court action in passing but not complained about it.

“In addition… no authority has been cited to me as to how or why the LO could decide a costs issue which is a matter within the sole jurisdiction of the county court.”

Further, the county court would have been unable to make a final determination of costs partway through the proceedings anyway. “The LO should have explained how and why he justified such an unusual order, but he failed to do so. I apprehend that, had he attempted to do so, he would have realised that he could not make the order he was about to make.”

Coulson J went on to find the decision a breach of natural justice: “I recognise the latitude I have to give the LO. But it goes too far to traduce a barrister for conduct ‘bordering on abuse of the process of the court’ when that barrister had no idea that this was even being suggested until he read it in the determination. In my view that was unfair by any standard.”

Finally, the findings were irrational on the facts, with the LO failing to appreciate Mr Stenhouse’s side of the story.