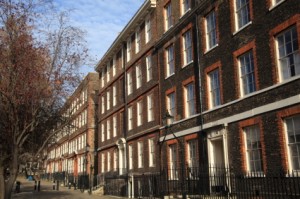 The High Court has quashed the decision of a Bar disciplinary tribunal, which resulted in a barrister being disbarred and fined £3,000 following accusations that he failed to disclose criminal convictions.

Lord Justice Fulford said the disciplinary hearing had “misdirected itself”, and ordered a new hearing in front of a fresh tribunal.

Giles Norton was accused by the Bar Standards Board (BSB) of failing to disclose three criminal convictions – two of unlawful possession of a CS spray and one of obstructing a police officer.

Mr Norton was also accused of making a false declaration on his call to the Bar that he had an LLM from Stafford University in international trade and export and degrees from Harvard University in Chinese and information technology.

However, delivering judgment in [] EWHC 2981 (Admin), Fulford LJ said Mr Norton’s disciplinary tribunal had “misdirected itself” when, in his absence, it decided not to grant an adjournment.

Fulford LJ criticised the tribunal for failing to refer in any way to one of the leading cases on disciplinary tribunals, the House of Lords case of R v (Anthony) Jones [] UKHL 5.

Although this involved criminal proceedings, Fulford LJ said it could be applied to this case given the “particularly serious consequences” that were likely to result from a finding against Mr Norton.

In Jones, Lord Bingham said the “discretion to commence a trial in the absence of a defendant should be exercised with the utmost care and caution”.

However, in the case of Mr Norton, Fulford LJ said submissions made by the BSB to the tribunal tended to suggest the tribunal had a “general or unfettered” discretion to proceed in the absence of the person accused of professional misconduct.

Fulford LJ said the issue of prejudice was “simply described as being irrelevant” and the tribunal was not reminded that fairness to the accused needed to be considered when resolving his application to adjourn.

He concluded that there was a “real risk” that the tribunal did not properly apply factors of “prime importance” in order to secure fairness to the defence, while taking into account the need to be fair to the prosecution.

A BSB spokesperson commented: “The court’s decision to quash the original outcome of the independent disciplinary tribunal panel involving Mr Norton centres solely on a point of process – and not the BSB’s case against Mr Norton.

“We note that the court has called for a new disciplinary tribunal to occur and we cannot comment further until this has been scheduled.”