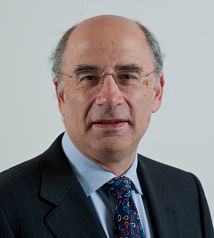 The High Court has overturned a finding of dishonesty made by the Solicitors Disciplinary Tribunal (SDT) against a prominent solicitor because the allegation was not tested during the hearing – which the court called a “serious procedural irregularity”.

However, it upheld a finding that he acted with a lack of integrity, with the president of the Queen’s Bench Division, Sir Brian Leveson, entering the debate over whether honesty and integrity are synonymous by saying they are not.

Peter Rhys Williams, 61, was a specialist agricultural solicitor, the author of the leading textbook in the field and for many years a partner at Burges Salmon, although the misconduct took place later while a partner at Wilsons.

He was accused of acting for a client in a bid to defraud the client’s creditors by selling a property at an undervalue, and in doing so misleading various third parties by lying about the value of the property.

Though it dismissed large parts of the case brought by the Solicitors Regulation Authority (SRA), the tribunal found that Mr Williams had made three specific representations, all of which it said demonstrated a “manifest” lack of integrity.

In addition, it said that one of the representations – telling the client’s trustee in bankruptcy that the client did not have a higher valuation – was also dishonest.

Mr Williams was struck off and ordered to pay costs of £195,000, a very high figure by SDT standards.

His appeal to the High Court was expedited and, giving the main ruling, Mrs Justice Carr said the finding of dishonesty had to be set aside because the allegations underlying the finding on the ‘dishonest’ representation were not put to Mr Williams in cross-examination or questioning by the tribunal. Nor were they mentioned in closing argument.

Carr J recorded that “the SRA has fairly indicated that [failing to cross-examine him] was an oversight on its part, in the context of a very large and wide-ranging set of facts and issues”.

Though Mr Williams had addressed the allegation in his witness statement, Carr J said this did not go far enough “in terms of fairness in all the circumstances”.

She said: “This was the most serious of allegations against a practising solicitor. The case involved multiple allegations, in what was a complex case. This was not a ‘single issue’ case, where it was obvious that the issue would, or might, end up as a central finding (and the only finding of dishonesty) in the case.

“There was ambiguity in the pleaded case. In all the circumstances, it was necessary for Mr Williams to be challenged directly on the point so that his evidence could be tested properly before a finding of dishonesty could be made.

“The tribunal could not fairly find him to be dishonest without the most careful consideration of what he said in his defence. He should have had the opportunity to respond to the SRA’s allegations against him orally in the witness box, and to be judged on that evidence.”

The finding on a second representation was also set aside, this time without opposition from the SRA. “Those representations were not pleaded or any part of the SRA’s case against Mr Williams,” Carr J said. “This part of the tribunal’s decision cannot stand.”

However, in relation to the third representation, Carr J said it was properly pleaded and part of the case that Mr Williams had to meet.

“It is unrealistic to submit that the statements made by Mr Williams represented merely ‘loose language’. They involved deliberate words used as part of a theme pursued by Mr Williams, on more than one occasion, over a period of months, and designed to create (and actually creating) a false impression… The tribunal was entitled to find a want of integrity in Mr Williams’ conduct.”

Carr J said the next step would be to hear the parties on how the appeal should now proceed. Mr Williams also appealed against the costs order but by agreement it was adjourned pending the outcome of the appeal on the substantive findings.

During the ruling, the judge touched on the issue of whether honesty and integrity are the same, in the wake of Mr Justice Mostyn’s ruling in April that they are.

Mr Williams did not seek to invite the court to follow suit. Carr J said: “I proceed on the basis, both on the authorities and as a matter of principle, that, in the field of solicitors’ regulation, the concepts of dishonesty and want of integrity are indeed separate and distinct.

“Want of integrity arises when, objectively judged, a solicitor fails to meet the high professional standards to be expected of a solicitor. It does not require the subjective element of conscious wrongdoing.

In brief comments, Lord Justice Leveson agreed: “I ought to make it clear that, in the absence of compelling justification, I would reject Mostyn J’s description of the concept of want of integrity as second degree dishonesty.

“Honesty, i.e. a lack of dishonesty, is a base standard which society requires everyone to meet. Professional standards, however, rightly impose on those who aspire to them a higher obligation to demonstrate integrity in all of their work. There is a real difference between them.”

The SRA is seeking permission to appeal Mostyn J’s ruling on the basis that it raises an important point of principle.