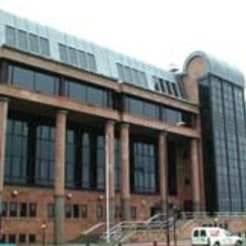 The High Court has ruled that a partner in a law firm who paid himself £16,500 after he had left the firm and was “effectively competing with it” breached his director’s duties.

The case was unusual in that it involved the other partner claiming he had suffered unfair prejudice as a 50% shareholder in a firm he jointly controlled and petitioning the court to buy the remaining half of the shares.

Sitting in Newcastle, Mr Justice Barling said Scott Taylor, former director of two-partner North East firm Taylor Goodchild, exercised his powers as director “with a view to safeguarding his own interests” before and after leaving the firm he had run with Lee Goodchild.

Barling J went on: “His manner of leaving produced a disorderly state of affairs from the company’s point of view. He encouraged employees to leave without proper notice and to begin work for a competitor without honouring their post-termination contractual restrictions.

“He took files which belonged to the company and caused a degree of confusion and concern among at least some of the company’s clients. He later took funds belonging to the company without proper justification and when the company was in a precarious financial position.

“He did all this while remaining a director and shareholder of the company, and he retained that directorship in order to protect his own interests and not those of the company.”

Barling J said the drawing down of £16,500 by Mr Taylor after he had left Taylor Goodchild, using his bank mandate, was “reprehensible”.

The judge said it contributed “more than de minimis to the overall establishment” of Mr Goodchild’s case, bearing in mind “the company’s precarious financial position at the time”.

The court heard in Goodchild v Taylor and another [2018] EWHC 2946 (Ch) [1] that Taylor Goodchild Limited was incorporated in 2011, when the business of the previous partnership set up by Mr Goodchild and Mr Taylor was bought for around £900,000.

The two solicitors were the only directors and shareholders. On the purchase, each of the directors’ loan accounts were credited with about £400,000.

Barling J said it was “clear from the evidence and perusal of the contemporaneous documents that for some time before the end of 2016, when matters came to a head, relations between the two partners had been deteriorating”.

The judge said the partners were complaining about each other, with Mr Goodchild alleging that Mr Taylor was “not supervising his civil area of work competently, and that there were many complaints and claims from clients due to the way in which [Mr Taylor] was carrying out, or not carrying out, his duties”.

For his part, Mr Taylor complained that Mr Goodchild was not pulling his weight, and his billing had dropped “well below” what would have been expected of him.

“Matters deteriorated to the extent that staff began to talk about the situation, and the atmosphere in the offices, in particular in the Middlesbrough office, became very tense.”

The judge did not attempt to determine the rights and wrongs of all the complaints made by the solicitors against each other as it did not matter for the purposes of the case.

Barling J said there was “clearly agreement in principle” between the directors that the two men “would go their separate ways”, with Mr Goodchild taking the criminal work and Mr Taylor the private civil work.

Mr Goodchild would “in all probability” retain ownership of the firm, buying Mr Taylor’s 50% shareholding, and retain the Middlesbrough office, with Mr Taylor leaving to form his own firm.

The judge accepted that Mr Goodchild knew nothing about Mr Taylor’s incorporation of his new law firm in January 2017.

Following the failure of mediation, Barling J said Mr Goodchild’s solicitors sent a draft petition for unfair prejudice to Mr Taylor’s solicitors and “made an open offer to purchase [his] shares in the company ‘at a fair value to be assessed by an independent valuer’”.

However, the parties failed to agree on the value of Mr Taylor’s shares and how the director’s loan account was to be treated on the split.

In his application to the High Court, Mr Goodchild, in a petition under section 994 of the Companies Act 2006, sought an order enabling him to purchase Mr Taylor’s shares “at a fair value”.

The parties agreed that this was “somewhat unusual”, as in such cases it was usually the respondent who purchased the petitioner’s shares.

Barling J concluded that Mr Taylor’s “breaches of the statutory obligations to act in the best interests of the company and to avoid conflicts of interests are palpable”.

He went on: “I find that his conduct in these respects does amount to unfair prejudice to the other shareholder.

“In my view, there is nothing in the evidence about the petitioner’s conduct which prevents or negates what would otherwise amount to unfairness being found established.”

Barling J ordered that Mr Goodchild buy Mr Taylor’s shares at a fair valuation, which was put at £170,500 by a single joint expert report.