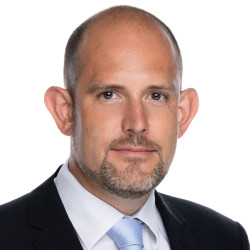 Harrison: This clears the roadblocks

A High Court master has made the first ever order for compulsory alternative dispute resolution (ADR) in commercial litigation, according to a City litigator.

Luke Tucker Harrison, partner at dispute resolution specialists Keidan Harrison, said Master Davidson’s order had given ADR “the teeth to bring about the resolution of disputes in a cost-effective way, which is what the clients want”.

The order, made by consent, arose in the context of a claim made under the Civil Liability (Contribution) Act 1978 in a high-value case.

Master Davidson ordered a stay of proceedings until the end of February 2022 to enable the parties to attempt resolution of the proceedings via mediation.

The parties were ordered to “meaningfully engage in the mediation process in a genuine attempt to reach settlement of these proceedings”.

This latter provision was crucial, Mr Harrison said, because without the power to “lift the lid” on what had happened at the mediation, a reluctant party could simply “sit on their hands all day”.

The solicitor-advocate went on: “About 20 years ago the profession began to rebrand itself as disputes lawyers rather than litigators, but in reality for many it was the same old approach.

“Commercial disputes practices can learn from the family jurisdiction, where ADR is much more effective.”

The Ministry of Justice is currently investigating how to increase the use of ADR following a report on compulsory ADR this summer by a Civil Justice Council working group, chaired by Lady Justice Asplin.

It concluded that compulsory ADR was lawful, as long as the parties remained free to choose to continue their litigation if necessary.

Mr Harrison, former chair of the Commercial Litigation Association, said that in his view nothing more needed to be done to implement the report because the courts already had the power to order compulsory ADR under CPR 3.1(m).

This states that the court can “make any other order for the purpose of managing the case and furthering the overriding objective, including hearing an early neutral evaluation, with the aim of helping the parties settle the case”.

Mr Harrison said the “general perception” of Lady Justice Asplin’s backing for compulsory ADR was that “it would not work in practice”, but Master Davidson’s order produced “an overlay of practicality”.

He added: “This clears the roadblocks.”