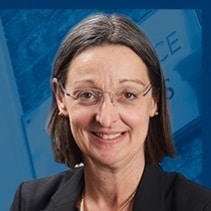 A High Court judge caught making critical comments of a mother in a care case because her laptop had not been disconnected from Zoom should have recused herself, the Court of Appeal has ruled.

Lady Justice King said what happened showed “the hazards” of remote hearings and that the comments of Mrs Justice Judd demonstrated “a real possibility of bias”.

“We have considerable sympathy with the judge,” she said. “We have, however, no hesitation in concluding that her comments did indeed fall on the wrong side of the line.

“The fact that the comments were intended to be private does not salvage the situation in circumstances where those comments were, unhappily, broadcast across the remote system and were made during the course of the appellant’s evidence.”

The care proceedings in relation to a 16-month-old boy arose from the death of his older brother from a head injury, and the hearing was held to determine whether he had died from inflicted injuries and, if so, by whom.

It was a hybrid hearing earlier this month, with medical evidence heard by Zoom, and then the mother’s evidence given in-person.

She gave evidence for two days wearing a mask which she pushed down when she was speaking. On the second day, cross-examination was not completed as the mother said she felt unwell with back pain and blurred vision.

The following day, she told the court that she had developed a cough and so was wearing her mask fully. Judd J decided to send her home and it was agreed she could conclude her evidence remotely.

King LJ explained: “The court accordingly rose to allow arrangements to be made. An associate took the judge’s closed laptop through to her room but, unbeknownst to the judge, the remote link to the courtroom remained open.

“The judge was therefore overheard having a private conversation on the telephone with her clerk about the appellant by a number of people who still remained on the call.

“During the course of that conversation, the judge’s frustration at what represented a further delay in a case which was already substantially overrunning its three-week time estimate, manifested itself in a number of pejorative comments made by her about the appellant, including that she was pretending to have a cough and was trying ‘every trick in the book’ in order to avoid answering difficult questions.”

The judge did not express any views about the death of the child.

King LJ said what happened was “an example of the hazards of such hearings”.

She explained: “It would appear that the judge’s laptop was taken into her room closed but with the call not having been exited. It is to the credit of those that overheard the judge’s conversation with her clerk that they did everything they could both to draw the judge’s attention to the situation and indeed to speak over and distort the conversation.

“It was a couple of minutes however before the usher’s attention was gained who then immediately left the court and made the judge aware that she could be heard in court.”

The mother applied for the judge to recuse herself, which she refused. The judge said she greatly regretted what had happened but concluded that, although her comments conveyed a “negative view” of the mother, when other matters were taken into consideration they did not “cross the line”.

These included that that the comments were made privately to a person not directly involved in the case, that the issue of whether the mother had a genuine cough was of “relatively limited value in assessing her overall credibility”, and that she did not suggest any premature conclusion as to outcome.

King LJ said Judd J’s initial instinctive reaction – which was to offer to find a fresh judge – was the right one.

“What happened is undoubtedly a consequence of the tremendous pressure under which family judges at all levels find themselves at present.

“All over the country judges are trying, against powerful odds, to ‘keep the show on the road’ during the pandemic for the sake of the children involved. They are faced daily, as are the court staff and practitioners, with all the difficulties, technological and otherwise, presented by remote hearings generally and hybrid hearings in particular.

“The judge’s judgment shows how greatly she regrets what happened and it is clear that this hardworking judge genuinely believed that the process of a fair trial had not been undermined.”

But the appeal court was troubled by whether the fair-minded observer might consider that the judge had formed an unfair view of the mother “on the basis of something that could have been but which was never put to her; namely, that she was inventing a cough in order to avoid having to answer difficult questions”.

King LJ concluded: “The case could not be more serious. The appellant is accused of either causing the death of her toddler or of failing to protect him from the man who caused his death.

“The judge made highly critical remarks about the appellant’s honesty during the course of her evidence, remarks which we believe a person looking in from the outside could not do other than think would colour the judge’s view of that witness and demonstrate a real possibility of bias.”

The court ordered that a fresh judge be assigned to the case.