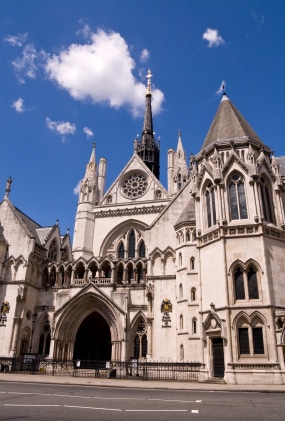 Judicial warnings have been ignored

Solicitors who bring “meritless” immigration judicial reviews could be referred to the Solicitors Regulation Authority (SRA) even on the first occasion, a High Court judge has warned.

The warning comes as the SRA carries out a major research project into the quality of immigration advice given to asylum seekers.

Sitting in the Asylum and Immigration Chamber of the Upper Tribunal, Mr Justice Green said: “It is improper for any practitioner to advance arguments which they know to be false or which they know, or should know, are inconsistent with their own evidence, including medical or other expert evidence.

“It is also incumbent upon practitioners to ensure that the tribunal is provided with a fair and comprehensive account of all relevant facts, whether those facts are in favour or against the legal representative’s client.

Mr Justice Green was ruling in R (on the application of Okondu and another) v Home Secretary [2014] UKUT 377 (IAC), which raised the issues of in what circumstances the tribunal had jurisdiction to impose wasted costs orders and refer solicitors to the SRA.

He accused solicitors of ignoring a warning given in 2012 by the Lord Chief Justice, Lord Thomas, then president of the Queen’s Bench Division, in the case of R (on the application of Hamid) v SSHD [2012] EWHC 3070 (Admin).

Green J said that “regrettably” and despite the warning from the president, solicitors had “continued to bring meritless claims before the High Court”.

In response he said a procedure developed in the Administrative Court to tackle cases considered to be “hopeless” would be applied in the Upper Tribunal.

Green J said senior partners of the law firms could be required to write and explain their conduct to the court, which could result in further hearings where solicitors must give explanations. The court office keeps a record of solicitors who are regarded as “repeat offenders”, which could be passed to the Legal Aid Agency.

In the case of Okondu, Green J imposed a wasted costs order on the firm involved, G Singh Solicitors, but did not refer it to the SRA.

He described the law firm’s failures in the case as “one-off failings” and “noted the apology of the firm in question and undertaking to ensure against future repetition”.

However, he added: “Had there been a prior history of similar failings then we might well have taken a different view.

“The fact that no reference is being made in this case does not mean that in the future, and depending upon the circumstances, the tribunal would necessarily refrain from referring a firm to the SRA and/or Legal Aid Agency upon a first occasion.”